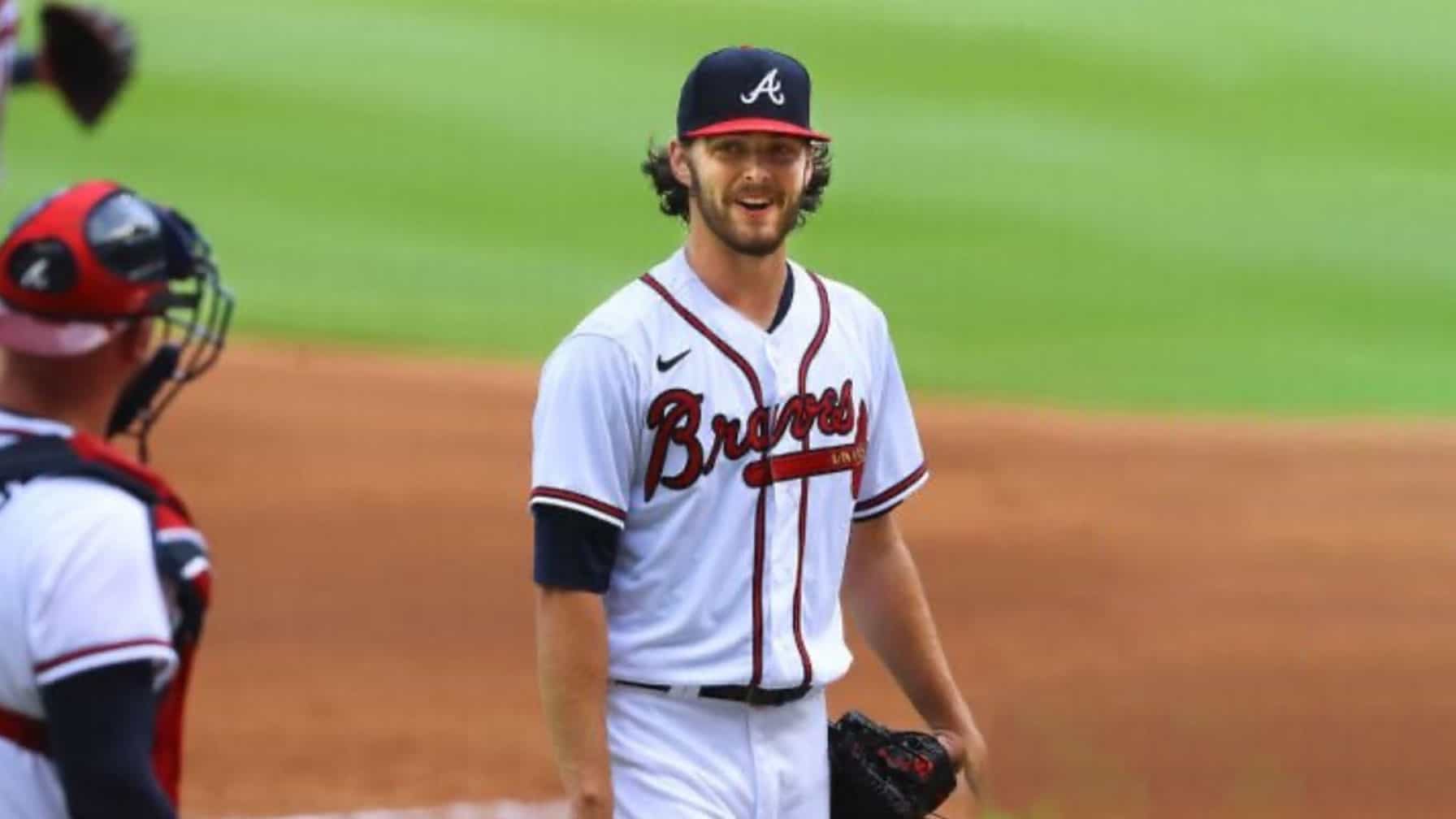 Atlanta Braves rookie Ian Anderson has been a huge component of the club’s success this season. He compiled a 1.95 ERA in the regular season and put up a dominant postseason performance thus far. His mid-nineties fastball and nasty change-up have put the NL on notice, and it looks like he’s going to be a formidable component in the Braves’ rotation for a long, long time.

Because he earned his big-league promotion just earlier this year, most fans don’t know a whole lot about the 22-year-old Anderson quite yet. But he seems likely to be a household name in Atlanta for the foreseeable future, so let’s go through some common questions fans want answers to, and address them one by one.

1. Does Ian Anderson Have a Girlfriend?

Sorry to disappoint, ladies, but Anderson is (likely) taken. If things haven’t changed since August 18th, 2019, he’s with Audrey Shaffer, a girl he met in high school. The two appear together in several photographs on his Instagram account (@ian_anderson15), as well as his Twitter (also @ian_anderson15). The photo in the link above seems to indicate that they’ve been together since June of 2014, which would be right after his sophomore year of highschool (and Shaffer’s junior year) came to a close.

Not much is publicly known about Shaffer. Her Instagram account, @audreyyshaffer, is either private or deactivated. But we do know that she’s 23 and currently lives in Clifton Park, New York. We also know one additional fun fact: she participated in track and field her freshman year of high school, and threw a discus 43 feet.

2. How Did the Braves Get Ian Anderson?

Anderson came to the Braves via their first-round selection in the 2016 draft. At the time, the team was mired in a tough rebuilding stretch and had gone 67-95 the year prior, giving them the third-worst record in baseball and thus securing the third overall pick in 2016.

At the time of the draft, Anderson was fresh off a 16-strikeout performance that secured his Shenendehowa Stallions a spot in the state semifinals. That showing proved to Braves scouting director Brian Bridges that Anderson had fully recovered from an oblique injury and a bout with pneumonia earlier in the year. When asked why the team had chosen to select Anderson, Bridges told reporters that “what really sealed the deal was the maturity of this young man at such a young age.”

In order to sign Anderson, the Braves needed to lure him away from a commitment to Vanderbilt University. However, because he was never expected to be drafted so high, the club was still able to sign him for significantly below his slot value of $6.5MM. Ultimately, a $4MM signing bonus was enough to secure an agreement with Anderson, and the savings helped them sign high school lefties Joey Wentz and Kyle Muller as well.

3. When Did Ian Anderson Make His MLB Debut?

Anderson made his MLB debut on August 25th, 2020. He was tasked with facing a potent Yankees lineup in the first half of a doubleheader, and delivered on his top prospect status by shutting them down almost entirely. Through the first 5 ⅓ innings, Anderson didn’t yield a hit, and ended his day with six strikeouts across six innings of one-run ball. The lone blemish on his line was a solo homer to Luke Voit.

4. Where is Ian Anderson From?

Anderson was born in Rexford, NY, which is a hamlet located on the north bank of the Mohawk River. It’s part of the town of Clifton Park. He spent his entire childhood there, and attended Shenendehowa High School, where he pitched for the Stallions.

As it turns out, baseball runs in the Anderson family. Ian’s twin brother, Ben Anderson, is also a talented baseball player, and played for the Shenendehowa Stallions as well. Ben was drafted by the Toronto Blue Jays in 2016, but elected to attend Binghamton University and play college baseball, instead. The move paid off, as he re-entered the draft after his junior year and was eventually selected much higher by the Texas Rangers.

Ian’s father Bob is a stellar baseball coach, having led Schlamont High School to multiple New York State championships, and his coaching prowess no doubt played a factor in the success of his sons. Ian also has one more younger brother named Isaac, and a dog named Wally.