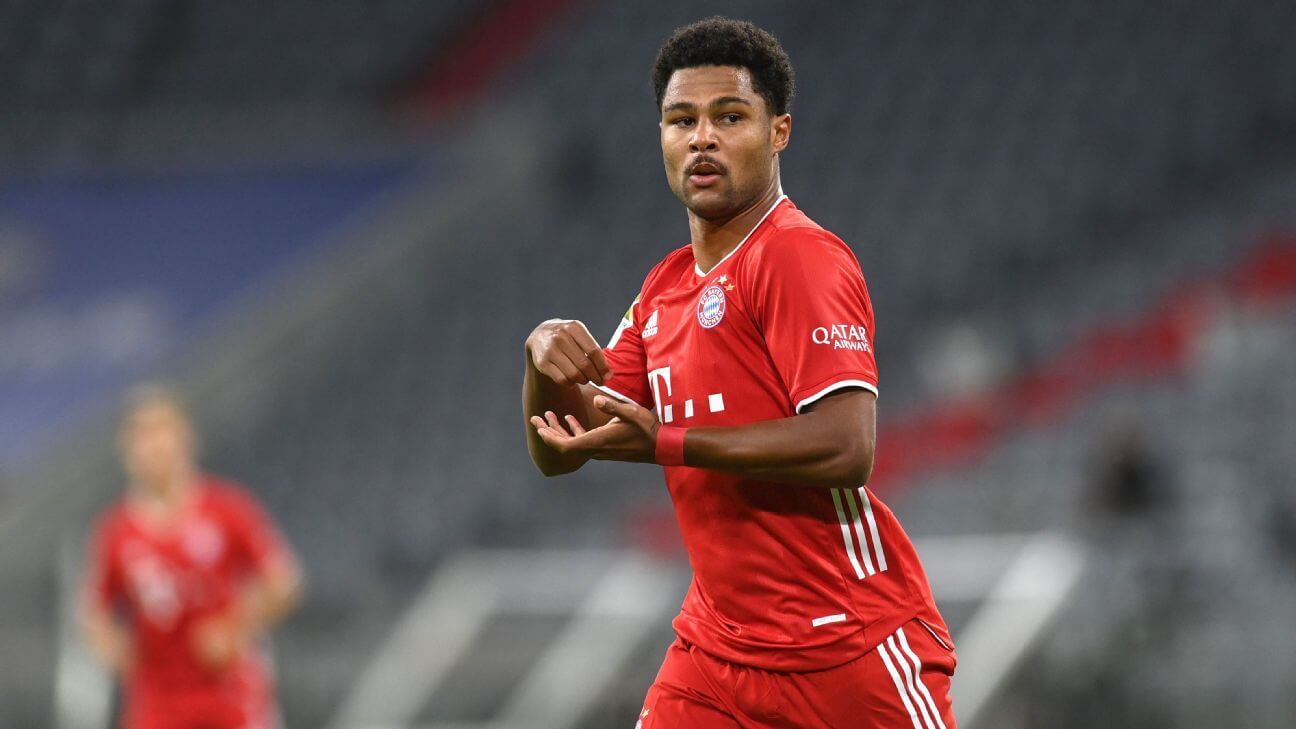 Bayern Munich will be without winger Serge Gnabry for their Champions League group game against Atletico Madrid on Wednesday after he tested positive for COVID-19, the German champions said on Tuesday.

– Stream new episodes of ESPN FC Monday-Friday on ESPN+
– Stream Bundesliga all season long on ESPN+
– Take our quiz: Which Bundesliga club should you support?

The 25-year-old had trained with the team earlier on Tuesday and coach Hansi Flick had told a news conference all players were fit for the start of their title defence.

“The attacking player feels good and is quarantined at home,” Bayern said in a statement.

The Bavarians, who won five trophies in 2020, including the Champions League, face the Spaniards in the first of their group matches in the competition.