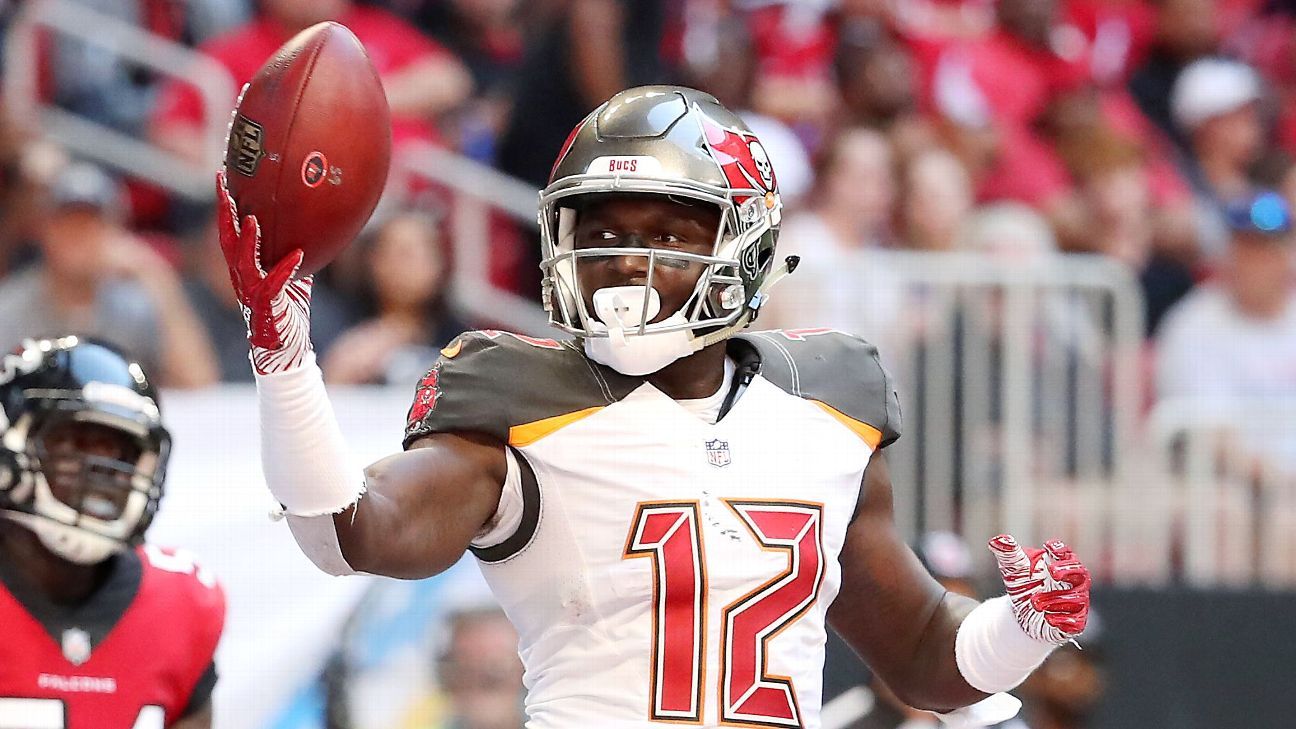 TAMPA, Fla. — Pro Bowl wide receiver Chris Godwin of the Tampa Bay Buccaneers is experiencing delayed-onset symptoms after a hit to the head Sunday and is in the concussion protocol for Week 2, coach Bruce Arians said.

Godwin took a hit to the head from New Orleans Saints safety D.J. Swearinger on a fourth-down play Sunday, but he was able to shake it off and walked off the field under his own power.

“He did not show any symptoms Monday or Tuesday and then showed up today with some, so we’re gonna be very, very cautious with that,” Arians said Wednesday.

Godwin, who led the Bucs with 79 receiving yards in Week 1, even participated in a Zoom call with media Tuesday.

“I’m fine. It was kind of just like a bang-bang play,” Godwin said Tuesday. “I was able to get up, go over to the sideline, ya know, get back together, and I was ready to go back in, but we were able to score a touchdown. … So, shout out to my guys for really finishing that drive.”

Godwin’s status in the concussion protocol does not mean he officially has a concussion. Players can enter the protocol if there is suspicion of a concussion.

Once in the protocol, players must clear a five-step process before returning to playing. The first step is to rest. The second step is some light exercise, with the third step being participating in football-specific exercise, followed by noncontact drills and full activity/clearance.

Fellow Pro Bowl wide receiver Mike Evans, who missed three days of practice last week due to a hamstring injury but played against the Saints, did practice Wednesday.

Godwin compiled 1,333 receiving yards last season, third most in the NFL, despite missing the final two games. He quickly established himself as a reliable target for Tom Brady, catching 85.7% of his targets Sunday.

The Bucs face the 0-1 Carolina Panthers at home Sunday.