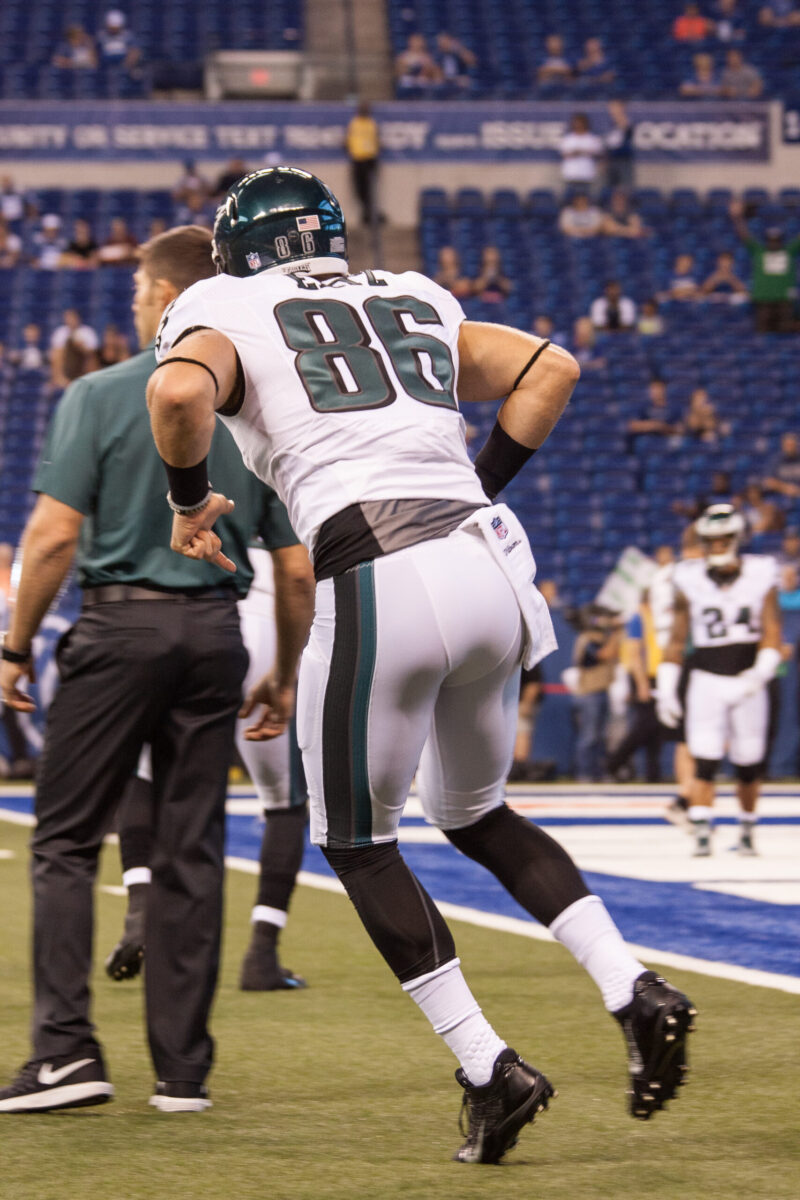 The 2020 NFL trade deadline is fast approaching. Until November 3rd at 4:00 p.m., the teams can still make trades in order to fortify their squad and improve their Super Bowl chances, or send valuable talent elsewhere with an eye towards competing more seriously in future seasons.

As I was thinking about what certain teams might do to shake things up, I realized that several contenders have injured players on the IR who could be valuable trade bait. Hypothetically, if a team is locked in a tight battle for a playoff spot and has someone on the IR, that injured player could theoretically prove to be valuable trade bait, and net his current team a different guy who could help them in more games down the stretch. There are currently 217 players on the IR, which averages out to about seven per team. So there could be tons of trade possibilities lying in wait.

Thanks to a rule change that took place in March of 2018, players on the IR with a “major” injury can be traded; players with a “minor” injury cannot. This was a reversal of a previous rule outlined in Article XVII, Section 17.16 of the NFL rulebook, which previously prevented all IR players from being moved. Under the old set of rules, a player on the IR with a “major” injury could only be traded if he was activated first. Here’s how the rule change came to be.

It’s unclear to me why this silly roadblock was in effect for so long in the first place. After all, there’s plenty of strategy involved in being able to trade players who are on the IR, particularly those who are out for the season. In fact, it turns out that this rule got in the way of a few trades that could have been, including one for the Denver Broncos during the 2017 season.

According to USA Today’s Broncos Wire, Denver GM John Elway and the Broncos proposed a rule change because the old rule frustratingly prevented them from dealing an unnamed player on their IR. That player was most likely one of linebacker Corey Nelson, offensive tackle Melenik Watson, or quarterback Trevor Siemian.

Whoever that player was, he reportedly generated serious trade interest from another team, but had to stay put instead. That was motivation enough for them to take action, and a few months later the NFL approved the rule change at a meeting in Orlando, FL. The adjustment to Article XVII, Section 17.16 is outlined in this document.

“This opens up the flexibility,” Elway said when asked about Denver’s successful proposal. “Plus, with the guys being able to come off of IR now, with designated to return, now you can have players back and they can still play that year off IR. There’s a lot of value there.”

(K) Trading From Reserve/Injured. A player on Reserve/Injured with a “major” injury may be traded. The acquiring club may designate the player for return to its Active List, provided the trading club placed the player on its Reserve/Injured List after 4:00 p.m., New York time, on or after the day after the roster reduction to 53 players, and all other applicable Player Personnel Rules have been met.

Effect: Permits clubs to trade a player who is on Reserve/Injured with a major injury.

There’s an interesting distinction at play here: the phrase “major injury”. There’s a little known requirement for teams making IR transactions, which is that they must first designate the player’s injury as being either “major” or “minor”. This rule change is going to make that distinction all the more important for the years to come, because it still doesn’t allow for players with a “minor” injury designation to be traded while on the IR. Why that wasn’t also changed is anybody’s guess, but it’s going to force things to think twice about how they categorize injuries of borderline severity.

This has already caused some headaches for Eagles fans, who are mired in the throes of a losing season and seem to have lost their grip on any tangible chance of making the playoffs. Under other circumstances, talented tight end Zach Ertz may have been fantastic trade bait for a contender; he’s hurt, but comes with one more season of team control in 2021 and has been vocal about wanting a new deal. Meanwhile, the Eagles are facing some significant questions about cap space over the next couple of seasons. And yet, according to Albert Greer of Sports Illustrated, they made the mistake of designating his high ankle sprain as a minor injury when they put him on the IR a few days ago, so they won’t have the opportunity to even explore potential offers.

Regardless of silly technicalities, it’s hard to see this rule change as anything but a positive outcome for the entirety of the NFL because there’s no obvious downside whatsoever. After all, it vastly increases the trade possibilities for all 30 teams by making 200 more players available to put on the block. Of course, players on the IR are by nature much more difficult to move due to the uncertainty involved (full recovery from an injury is never guaranteed), and the fact that a team would be selling low on that player by cashing in on his stock while he’s on the shelf. Still, the roster flexibility cited by the Competition Committee holds some appeal, and if nothing else it provides additional options at the negotiating table for teams who are truly motivated to get a deal done.

Whether or not teams will take advantage of the new rule enough for it to have a measurable impact on pro football is an entirely different story, and one that’s difficult to read. Of the 68 trade agreements teams struck so far in 2020, I wasn’t able to verify even a single instance of a player who was traded from the IR. I couldn’t find any in 2019, either, though I have to admit that it’s difficult and time-consuming to verify, and because of that I wasn’t able to be as thorough as I’d like.

Of course, it only takes one major blockbuster to flip that script, and if any players on the IR are involved in a huge swap today, we could be looking at the “Elway Rule” as a significant one that laid the foundation for that hypothetical transaction. Even if it takes a few years before such a swap happens, this recent rule change will have made the game of football just a little bit better on the whole.