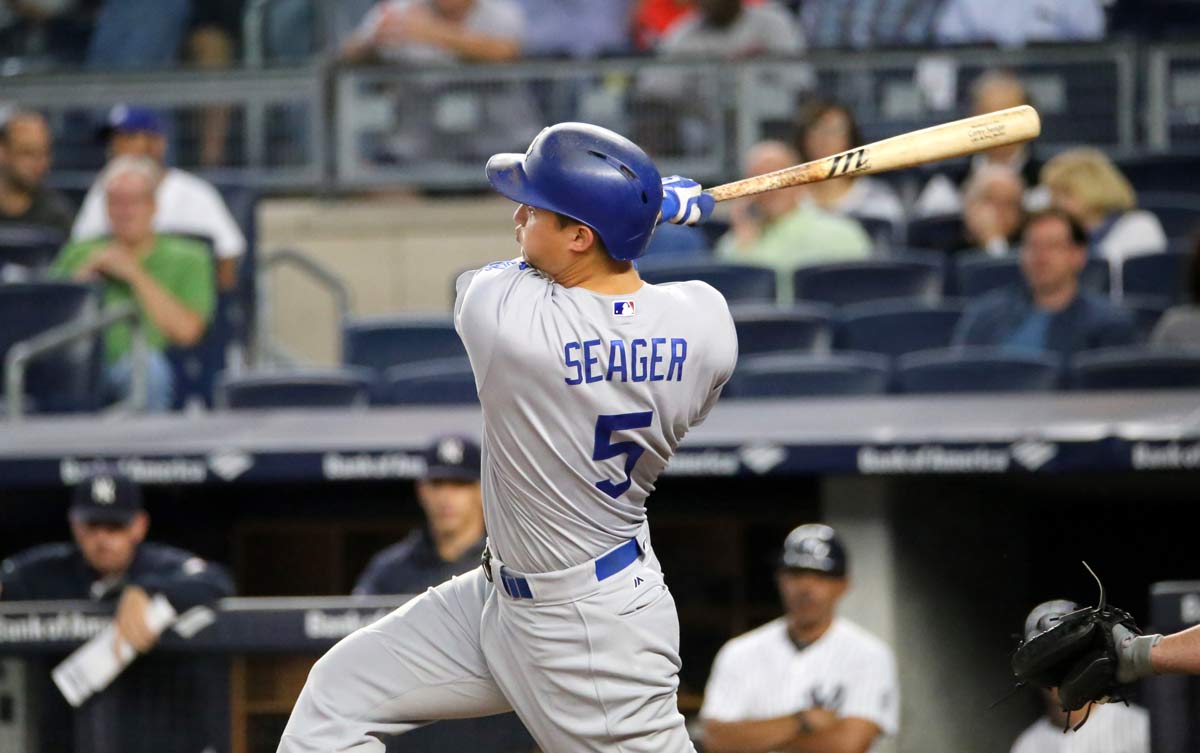 On Monday night, Seattle Mariners center fielder Kyle Lewis became BBWAA’s unanimous choice for the AL Rookie of the Year award, earning first place votes from all 30 writers. While he doesn’t flash otherworldly power, the former first-round pick got on base at a .364 clip in 2020, and played stellar center field defense. Needless to say, it’s difficult to make a case so strong that you get thirty people to agree on your merit for an award. But is it uncommon? I took a deep dive in order to find out the answer.

As it turns out, 23 players have won the Rookie of the Year award unanimously, with Kyle Lewis being the latest addition to the list. That’s more than any other player award given by the BBWAA, as there have been 17 unanimous Cy Young award-winners and just 11 unanimous MVPs.

Here’s a list of all 23 unanimous Rookies of the Year in chronological order, with a snippet of information about each of them.

You read that right. The first unanimous RoY goes so far back that the Reds were called the Redlegs in order to separate themselves from the Red Scare. Robinson slugged 38 homers that season, which was practically unheard of for a rookie at that time. His overall offense was 45% better than that of a league-average player.

McCovey actually didn’t make his MLB debut until halfway through the season, making it all the more remarkable that he was able to capture this award unanimously. He slashed an otherworldly .354/.429/.656 while driving in 38 runs and even tossing in a pair of steals for good measure. He’d go on to have a storied 22-year career after that.

In order to find the next unanimous RoY, we have to skip ahead 13 years to the season when Carlton Fisk finally broke through to the major leagues. The most interesting part about Fisk is that he played his first MLB game back in 1969, and saw a bit of playing time in 1971, too. But he retained his rookie eligibility, and thus was able to capture the award in ‘72.

At first glance, Coleman’s rookie year seems entirely uninspiring. He finished the season with a .267 batting average and an OPS of just .655. However, he won the award thanks to a single, eye-popping stat. Coleman stole 110 bases in 1985, and to this day he’s the only rookie ever to steal more than 100 bases.

Though he’s best known for his 70-homer season with the Cardinals in 1998, fans often forget that McGwire’s rookie season with the A’s was remarkable in and of itself. The living legend socked 49 bombs in 1987, which stood tall as a seemingly unbreakable rookie record until Aaron Judge came in and topped his total thirty years later.

An offensively-talented catcher is always going to turn some heads, and Santiago did just that in 1987 by batting .300 with 18 homers en route to unanimous Rookie of the Year honors. He’d go on to win three gold gloves over the course of his 20-year career, and became a rare catcher who didn’t shift to another position as he got older.

A trade from San Diego to Cleveland was the best thing that could have happened for Alomar, as he was otherwise blocked by Santiago at the major league level. Once he got his shot with the Indians, he made his case for a permanent role by batting .290 and clocking nine dingers in 483 plate appearances. He’s now on the Tribe’s coaching staff.

Piazza’s bid ends a streak of three unanimous Rookies of the Year at the catcher position, and the hall of famer may have had the best career of any of them. After posting a 150 wRC+ across 602 plate appearances in his rookie season, Piazza went on to 1,912 games in total for five different teams, with a batting average of .308.

Before the Angels discovered Mike Trout, they had another player named after a fish who also won RoY unanimously. After bursting onto the scene with a .283/.382/.536 slash line in 1993, Salmon stayed with the Angels for the entirety of his 14-year career. His cumulative 35.4 fWAR and 299 home runs made him a valuable mainstay of their lineup.

The father of blinding speedster and current Kansas City Royal Adalberto Mondesi, Raul once made his own mark on the major leagues. The elder Mondesi smacked 51 extra base hits in his first MLB season to win the award unanimously in an otherwise unimpressive rookie crop, and went on to have another 11 productive seasons.

If you’re reading this article, you probably already know a lifetime’s worth of trivia about Jeter, but add this accolade to that list. Jeter hit .314 with ten homers and 14 steals during his rookie campaign, and went on to post a hall-of-fame-worthy career. Jeter now serves as the CEO of the Miami Marlins after joining the organization back in 2017.

Garciaparra put up a 6.4 fWAR rookie campaign for the Red Sox en route to his unanimous selection, hitting .306/.342/.534 along the way. He was a big threat on the basepaths, evidenced by his league-leading 11 triples that year. Fun fact: the Sox actually traded Garciaparra in the midst of their curse-breaking 2004 season.

Because he ended his career with the Reds and did so much of his damage with the Cardinals, many baseball fans forget that Rolen began his career in Philadelphia. He hit .283 and crushed 21 homers en route to being named RoY in 1997. His long and productive career includes seven All-Star appearances and eight Gold Glove awards.

Pujols is the first player on this list who’s still in the league. Though he’s a shadow of his former self (and has been for some time), Pujols was once one of the greatest power threats in the game. His otherworldly rookie campaign saw him crack 37 homers and 47 doubles, good for a .601 slugging percentage and a stellar 159 wRC+.

Kimbrel saved 46 games in his rookie season, setting a record that may never be broken and becoming the first unanimous RoY in ten years. Though he hasn’t been the same since joining the Cubs in 2019, his early productive years with the Braves and Red Sox probably already cemented his place as one of the greatest relievers of all time.

Not much needs to be said of Mike Trout, who at the age of 29 has already become a sure bet to make the Hall of Fame. The three-time MVP posts video game numbers each and every season, including a 10-WAR campaign the year he came into the league. His cumulative fWAR of 76 is already the 43rd-highest total of all time.

Whether Abreu really deserved to be classified as a “rookie” was always up for debate among fans, since he was one of Cuba’s best professional baseball players for a very long time. Still, because he met the technical qualifications for rookie status, his 36 homers and .581 slugging percentage made a compelling enough case for a unanimous selection.

Bryant was one of the more hyped rookies of the past decade. The former number two overall draft pick will probably always be marked by the controversy surrounding his service time; many have argued that, even though he was clearly MLB-ready, the Cubs waited three weeks to promote him in order to get another year of team control.

Seager was an integral part of the Dodgers’ 2020 World Series title, but long before this season he was a hyped prospect that delivered on his potential by batting .308/.365/.512. To this day, that remains the best season of Seager’s career, though at the tender young age of 26, he still has plenty of chances to top his 2016 performance.

The second consecutive Dodger to win the RoY award unanimously (and the third unanimous NL RoY selection overall), Bellinger hit 39 homers and walked at a 11.7% clip to run away with the vote. He’s continued to amass accolades since then, winning the 2019 NL MVP award and earning his first World Series ring just under a month ago.

Once Judge got going, there was never really any doubt that he’d be the unanimous RoY. He was red hot for the entire first half of the 2017 season, and put on a brilliant show in the home run derby. And although he slumped big time in August, his torrid September saw him hit enough bombs to put him over the top for the rookie record.

By hitting 27 homers in just 369 plate appearances, Alvarez became the first player to earn a unanimous Rookie of the Year selection while playing primarily as a designated hitter. Like all Astros of his era, though, there will always be doubts as to whether Alvarez was participating in unsavory sign-stealing schemes as part of his offensive success.

Lewis delivered potent offense (and high strikeout totals) while playing at a premium position for all but two games of a COVID-shortened season, and chipped in five stolen bases along the way. He beat out another promising outfielder for the award (Luis Robert of the White Sox), and looks to be a key cog in the Mariners’ rebuilding efforts.