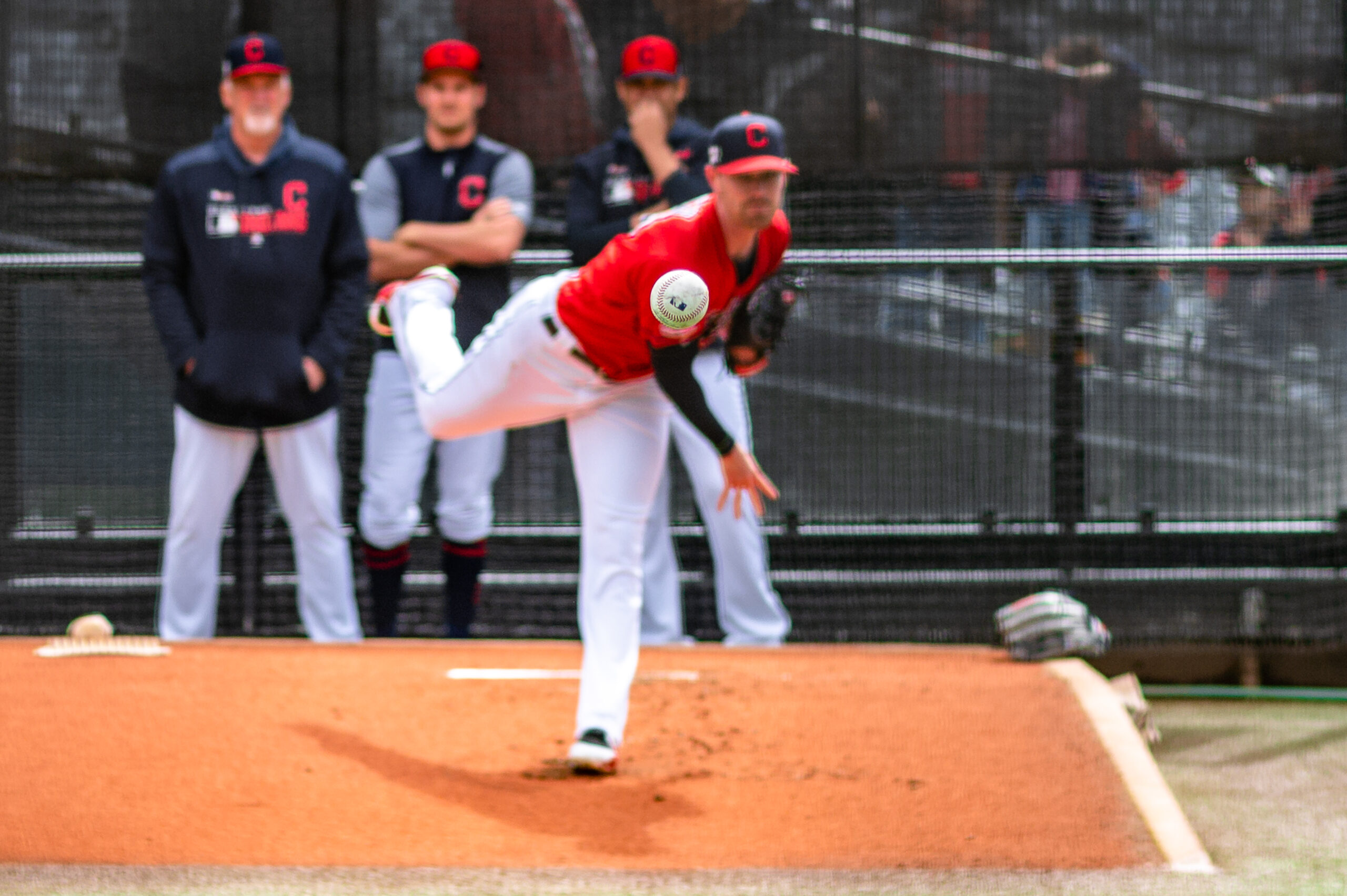 Earlier this week, Mariners center fielder Kyle Lewis took home the 2020 AL Rookie of the Year Award by a unanimous vote, so I took a long look at the 23 players in MLB history who’ve managed to do so. Lo and behold, a couple days later, Indians right-hander Shane Bieber won the AL Cy Young award by collecting all 30 first place votes en route to a unanimous selection.

Bieber’s unanimous win came as a surprise to precisely no one. He became the first pitcher to win the pitching triple crown (earned run average, strikeouts, and wins) since Justin Verlander in 2011, and was instrumental in the Indians’ efforts to secure a playoff spot amidst a staunchly competitive AL Central. But just how difficult is it to make a compelling enough case to win the first place vote of 30 writers from all across the country? I did the research to find out.

Including Bieber, 18 pitchers have won the Cy Young Award by a unanimous vote since the award was commissioned all the way back in 1967. Since some players did it more than once, there are 24 instances of a unanimous Cy Young win in baseball history. Considering the fact that there are two awards given out each year (one for the AL and one for the NL), that means that one out of every 4.5 pitchers to win the Cy Young has done so unanimously.

Here’s a list of all 24 instances in which a pitcher accomplished this difficult feat, with a brief snippet of information and/or fun facts about each one.

No matter who you talk to, any baseball fan will agree that Koufax is one of the greatest pitchers ever to set foot on a mound. Not only was he the first pitcher ever to win the award unanimously, but he’s also the only player ever to do so three separate times, all of which came within a span of four years. He started 40 games for the Dodgers and posted a 1.88 ERA.

1965 was probably the best season of Sandy’s career, as he posten a mammoth 10 fWAR by tossing 335 innings and struck out 382 batters along the way. This is also the same season that he led the Dodgers to a World Series Championship by striking out ten Minnesota Twins in Game 7 on just 2 days’ rest. They just don’t build them like Sandy anymore.

Okay, I promise that this list is more than just Sandy Koufax over and over again. In fact, it has to be, because this was the final season of the hall of famer’s career. In 1966, Koufax sailed off into the sunset in style by posting the best ERA of his life (1.73) and striking out roughly a batter per inning. He faced 1274 batters and allowed just 19 home runs.

Cardinals lifer Bob Gibson is probably one of the most memorable players ever to wear a St. Louis uniform. His 1968 season was unremarkable by today’s standards in terms of strikeouts, but his 1.12 ERA was all he needed to make a compelling case for each and every first place vote. He went on to lead the Cardinals to a World Series berth and struck out a record 17 batters in Game 1.

The first ever unanimous Cy Young Award-winner in the American League, McLain coasted to the award in a year without much serious competition. His 1.96 ERA was fueled in part by a minuscule 1.69 walks per nine innings, and his 31 wins were by far the most in the AL. Outside of 1968 and 1969, McLain’s career was mostly unspectacular.

Carlton had always been solid as a member of the Cardinals, but the city of St. Louis probably felt horrible watching him suddenly transform into a monster the very year he left for Philadelphia. A change of scenery helped Carton post an 8.06 ERA to go along with 27 wins for the Phillies, and his estimated 11.1 fWAR was more than twice as high as any prior season of his career.

A lifelong Yankee, Guidry caught fire for a few years early on in his career and then petered out into a more average pitcher for the ensuing ten seasons. One of those early campaigns, though, saw him take home the Cy Young Award by winning 25 games and posting a 1.74 ERA. and striking out nearly 250 opposing batters.

The most fascinating part of Sutcliffe’s unanimous NL Cy Young was that he won it despite playing 40% of his season in the American League. The Indians gave up on their 1984 season early and shipped Sutcliffe to Chicago in exchange for Joe Carter and a few other prospects, and Sutcliffe proceeded to post a 2.69 ERA the rest of the way.

Mets fans of yesteryear remember Gooden fondly for his decade-long tenure in Queens, and Doc was never quite as good as he was during his sophomore season. A 1.53 ERA across 276 innings was all he needed to capture a unanimous Cy Young award. Many believe he may have made it to the hall of fame if not for substance abuse issues that derailed his career.

The odd thing about Clemens’ first unanimous Cy Young was that it wasn’t even one of his best years; he just happened to pitch very well in a year where not many other pitchers did. Still, 24 wins (mostly thanks to a great Red Sox offense behind him) did the trick, and he ran away with the award.

Hersheiser was a different kind of dominant in 1988; a kind that nobody has been able to replicate since. He led the Dodgers to the playoffs (and, ultimately, a World Series title) by leading the league with 23 wins and 267 innings pitched, setting the record for baseball’s longest scoreless streak by a pitcher at 59 innings with five straight shutouts.

A master of control, it might not be all that surprising that Maddux was able to capture unanimous Cy Young victories in consecutive seasons. His 1.56 ERA in 1994 paced all of baseball, although modern-day ERA estimators suggest that his true performance that year was closer to that of a 2.39 ERA pitcher. Which is still lights-out, of course.

In a year where his Braves ultimately won the World Series, Maddux pitched like the legend he was. Remarkably, he lost just two of his 28 starts that season, and averaged less than one walk per nine innings. 1995 was also the best season of his career in terms of strikeouts.

In the second and final year of his short stint with the Blue Jays, Clemens captured his second unanimous Cy Young award by going 20-6 and striking out opposing hitters at a higher rate than in any other year of his career (10.39 K/9). He also posted a 2.65 ERA that looks extremely impressive amidst an offensively-charged era.

Pedro didn’t just win the Cy Young Award in 1999; he demolished any possible doubt that he deserved it. He struck out a whopping 313 batters, and posted a stingy 2.07 ERA. Fascinatingly, modern-day metrics such as FIP suggest that he was actually better than that mark indicates by more than half a run.

Following up his first unanimous Cy Young with an encore performance, Pedro improved upon his walk rate from the previous year and managed to strike out 11.78 batters per nine innings en route to an 18-win season. In terms of ERA, his 1.74 figure was the best of any season in his hall-of-fame career.

Famed pitching machine and bird-killer Randy Johnson struck out over 300 hitters for the fifth consecutive season en route to a voting process in which no writer had any doubt about who deserved the Cy Young Award. 24 wins and a 2.32 ERA in addition to all those K’s was more than enough to make an airtight case.

Santana was one of the most famous Rule 5 draft picks in MLB history. The Marlins plucked him from the Astros’ farm system in 1999 and traded him to the Twins, who kept him on their MLB roster for a full season even though he clearly wasn’t major league-ready. The move paid off eventually, though, as he went 20-6 with a 2.62 ERA in his first full season as a starter.

Santana’s 2006 season wasn’t even the best season of his career, not by a longshot. But he managed to stand out above a relatively weak crowd by striking out more than a batter per inning and winning 19 of his 34 starts. His 2.77 ERA paced the entire American League, and he allowed just 47 walks in 233 ⅔ innings.

Peavy’s unanimous Cy Young season was also the best one of his career. He posted an impressive 2.54 ERA, which was partly aided by a ballpark that was at that time known for being extremely pitcher-friendly. He strengthened his case for best pitcher in the NL by striking out more than a batter an inning and allowing just 13 home runs all season.

Verlander’s legendary career includes a 2011 season where he not only won the Cy Young Award unanimously, but ran away with the MVP Award as well. He won the pitching triple crown in the AL by going 24-5 with a 2.40 ERA and 250 strikeouts. His .236 BABIP against was one of the secrets to his success that year.

Kershaw might just be the best pitcher of his generation, and like Verlander in 2011, he was dominant enough to win the league MVP award in addition to a unanimous Cy Young selection. He lost just three of his 27 starts, struck out 10.85 batters per nine innings, and posted a microscopic 1.77 ERA.

In a COVID-shortened season, Bieber was miles above the competition. He won 8 of his 12 starts, and posted an unbelievable 1.63 ERA across 77 ⅓ innings. But perhaps the most utterly remarkable aspect of his season was how badly he mauled opposing hitters. Bieber struck out nearly a batter and a half per inning and stranded over 90% of baserunners.