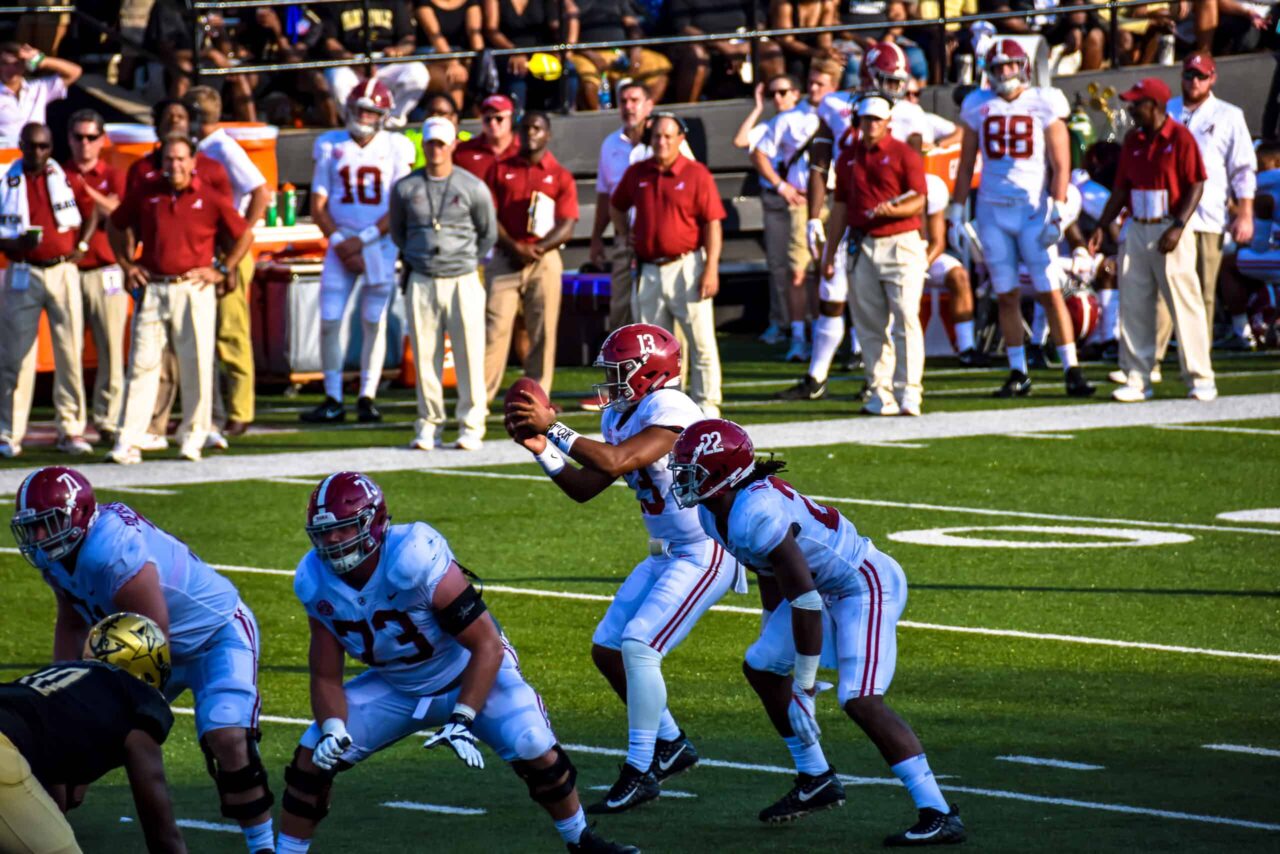 The Tua Tagovailoa era has officially begun in Miami. Despite veteran quarterback Ryan Fitzpatrick leading the Dolphins to a 24-0 victory over the winless Jets, Miami brass have elected to name Tagovailoa the team’s Week 8 starter coming out of their bye week. That’ll mark his NFL debut, and make Tagovailoa one of five Samoan quarterbacks to start an NFL game.

Tua, whose full first name is actually Tuanigamanuolepola, has a good chance to be the best Samoan quarterback of all time. After all, he’s already the first Samoan college football quarterback to lead his team to a national championship title; during the 2017 season, he and the Alabama Crimson Tide took down the Georgia Bulldogs by a score of 26-23. But he’s far from the first Samoan quarterback to grace the NFL stage. Here’s a list of four other notable playcallers with Samoan origins, listed in order of their NFL debut.

The Bengals drafted Jack Thompson with the third overall pick in 1979, making him the first Samoan quarterback to ever play a game in the NFL. Later dubbed the “Throwin’ Samoan”, Thompson played in 51 total games spanning his six seasons in the NFL.

Thompson is generally regarded as one of the greatest draft busts in Bengals history. He played below-average football in his first two seasons, and ironically lost his job to the guy he was drafted to replace, Ken Anderson. His tenure in Cincinnati ended with a disappointing 2,072 passing yards and 13 passing touchdowns across four seasons while completing fewer than half of his throws.

Thompson would ultimately be given another chance to start when he signed with the Tampa Bay Buccaneers prior to the start of the 1982 season. Although he posted the best numbers of his career, Tampa Bay went 2-11 across his starts and put him on a short leash the following season. Eventually, his career ended when he was replaced by 21-year pro Steve DeBerg.

Tuiasosopo was actually drafted to play baseball at one point. After his senior year of high school in 1997, the Minnesota Twins selected him in the 28th round. He ultimately decided to play college football at the University of Washington instead, and that decision paid off for him in terms of bonus money.

It didn’t take long for Tuiasosopo to earn his footing as a college quarterback. He started multiple games as early as his freshman year, including a nationally-televised game against the eventual national champions. Fast forward to his senior year, and Tuiasosopo was leading his Huskies to an 11-1 record en route to being drafted 59th overall by the Oakland Raiders (second round).

The reason I’ve spent so much time talking about Tuiasosopo’s college career is because his NFL career isn’t particularly noteworthy. During his six seasons in Oakland, he never earned a starting job. Instead, he acted as a backup quarterback to guys like Rich Gannon, Kerry Collins, and JaMarcus Russell. On the whole, he finished his professional career with 554 passing yards, 2 passing touchdowns, and seven interceptions in 13 games, including just two starts (both losses). His final season in the NFL was 2008, when he completed one of two passes for four total yards.

The former Heisman trophy winner is probably the most recognizable name on this list, though you might not know that his full name is Marcus Ardel Taulauniu Mariota. Like Tagovailoa, he was born in Hawaii, and ascended to college football stardom by putting up big performances on the national stage. He led his Oregon Ducks to the College Football Playoff National Championship during the 2014 season, though they ultimately fell to the Ohio State Buckeyes by a final score of 42-20.

That season earned him the Heisman trophy, as well as a number two overall draft selection by the Tennessee Titans. Mariota would go on to have a decent rookie season stats-wise, including 2,818 passing yards and 21 total touchdowns, but as the Titans were still rebuilding, they finished with a 3-13 record and another high draft selection the following year.

Beginning in 2016, though, Mariota led the Titans to three consecutive winning seasons for the first time since their team was called the Houston Oilers. Unfortunately, a series of injuries and a skills decline near the end of that stretch began a fall from grace for the former Oregon star. By the time 2019 came around, Mariota was on a short leash, and despite monster performances against the Browns and Falcons, he proved inconsistent with flops against the Jaguars, Bills and Broncos. By Week 7, he would surrender his starting job to Ryan Tannehill, who would ultimately lead the Titans to their first conference championship since 2002.

Mariota signed a two-year, $17.6MM contract with the Raiders in the offseasons, but promptly went on the injured reserve again. He was activated on October 20th, so there’s a chance he’ll see some game action this season.

In truth, Ta’amu is only on this list because of a technicality; while he hasn’t yet had the opportunity to play in an NFL game, he was technically a part of the league last season. Ta’amu was signed as an undrafted free agent by the Houston Texans on August 7th, 2019, and promptly released 23 days later. That paved the way for his journey to the XFL, where he eventually became the starter for the St. Louis Battlehawks.

Now that the XFL has suspended their operations as a result of the COVID-19 pandemic, Ta’amu’s football career is up in the air. The Kansas City Chiefs took a flyer on him earlier this year when they made him part of their practice squad, but he tested positive for COVID-19 early on in October and wasn’t cleared to return until the 21st.

There’s certainly a spark of potential in Ta’amu; he passed for nearly 4,000 yards in his senior season at the University of Michigan, a total which actually ranked second in the SEC behind none other than Tua Tagovailoa. Ultimately, though, there’s still doubt as to whether or not he’ll ever actually play a game in the NFL, and whether he’s ultimately ticketed for a role with an XFL team if and when they resume operations.