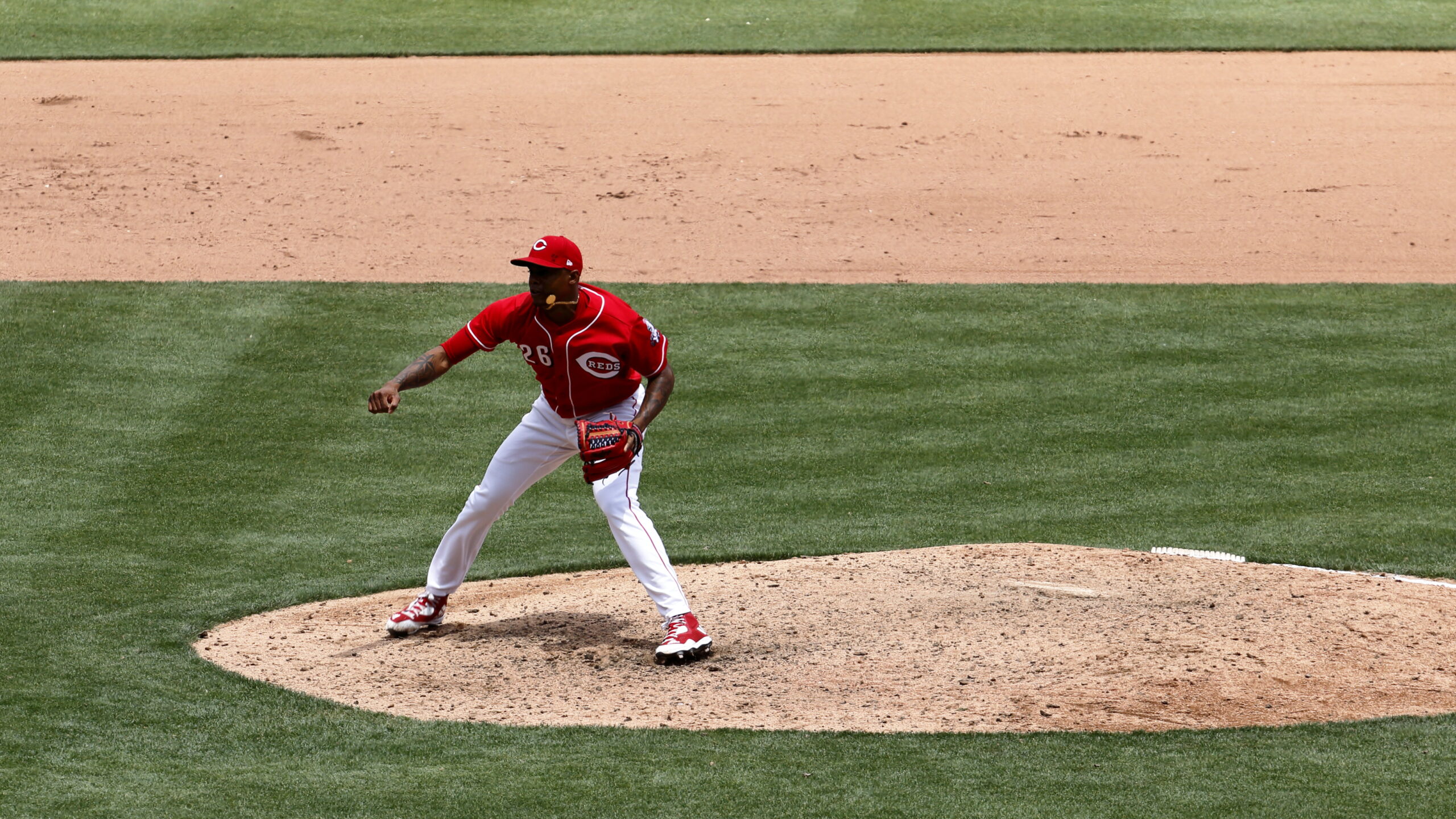 On Monday, the Reds shocked the baseball world by shipping established closer Raisel Iglesias to the Angels for pennies on the dollar. Cincinnati ate an undisclosed portion of their six-year veteran’s $9.125 million salary, and received an extremely modest return in the form of middle reliever Noe Ramirez and a player to be named later. Ramirez is entering his age-31 season, and owns a career ERA of 4.18 and an even more unsightly career FIP of 4.51. By contrast, Iglesias has been one of the more reliable closers in baseball across the past four years.

It’s a pure cost-cutting move by the Reds, though perhaps not even the most egregious one so far this winter. Just one week ago, they cut star setup man Archie Bradley for absolutely nothing, unwilling to pay him a projected arbitration salary of less than $5 million. Elsewhere around the league, the Indians barely hesitated to release Brad Hand, who’d been one of the top five relievers in all of baseball since they acquired him in 2018, rather than pay him a $10 million salary for his final remaining season of club control.

While it’s probably annoying for fans that competitive teams like the Reds and Indians are so blatantly willing to throw away high-end talent in the name of cutting costs, it’s the bigger picture implications for baseball that make these moves alarming — particularly for free agents hoping to cash in on productive careers. As I mentioned last week, the 2020 offseason is moving slower than molasses, and the revenue losses from a COVID-shortened season is one of the likeliest explanations as to why. But while the main question so far has been when the dominoes will finally begin to fall, the outright release of significant franchise contributors has altered that question a bit in my mind.&nbsp;

Well over 200 free agents remain unsigned. Indeed, with the recent slate of 56 non-tendered players, there are more players on the market now than there were when the offseason began. It’s fair to start wondering whether there’s enough money in the team owners’ collective budgets to go around. I’m not talking about the lower tier of players; every year, a handful of players are forced to settle for minor league deals or else fail to secure contracts at all. They’re replaced by the influx of young talent coming up through the minor leagues. Such is the cycle of baseball.

More specifically, I’m referencing the top tier of available players. Guys like Trevor Bauer, George Springer, and J.T. Realmuto. Players that, in any other offseason, would be surrounded by daily rumors and chatter, but this year haven’t stirred up more than a bit of casual mumbling. As of today, the five best players on MLBTR’s list of the Top 50 Free Agents have yet to land jobs. Even more shockingly, only two of the top 25 have signed contracts. And as we inch closer and closer to the start of Spring Training, the chances that these players will be paid what they’re collectively worth feels lower and lower.

It’s worth mentioning that the competitive balance tax (or “luxury tax”, if you prefer that moniker) might have something to do with the state of the market. After all, the Yankees, Dodgers, and Angels are nearing MLB’s $210 million threshold, and that could significantly limit their activity on the market, especially if they prefer to leave room for 2021 trade deadline acquisitions.

But the bigger problem lies in the growing number of teams that are seemingly unwilling to commit any money at all, particularly in the form of long-term contracts. Sure, every year has its handful of tanking teams who prefer to focus on rebuilding before spending in order to compete down the road, but this year several of the so-called “smaller market” teams have already expressed intent to pare back payroll in order to compensate for their 2020 revenue losses. And as I mentioned early, the Reds and Indians are among the teams who have already put their lack of money where their mouth is by sacrificing the quality of their teams in the name of cost savings.

So if a handful of top-tier teams are wary of the competitive balance tax, a few tanking teams like the Pirates have no interest in competing at all, and many clear-cut contenders are willing to hurt their playoff chances to help their pocketbooks, who exactly is going to be bidding for these players? Who will be willing to pay them what they’re worth in the first place? If no team was willing to claim Brad Hand on a one-year, $10 million deal, who is going to offer Liam Hendriks the three-year, $30 million contract MLBTR projects him to earn? These are the types of questions we ought to be asking at this point in the offseason. And if you’re Hendriks, you probably won’t like the answer.

The truth is, it’s still more likely than not that many of the guys at the top of the market will get a sizable payday. But at the same time, I’m predicting that several prominent guys will either accept astonishingly meager deals by the time February rolls around, or else continue into the season without a job. And as we saw last decade with players like Dallas Keuchel and Kendrys Morales, players who go unsigned into the season end up getting the short end of the stick when they ultimately sign bargain one-year contracts in hopes of trying again the following season.

The worst part is that I haven’t even gotten to the real big picture yet, and it’s not pretty. If guys like Michael Brantley or Jake Odorizzi end up playing a game of chicken with MLB owners into the season, that’s bad enough. But if players like Springer, Realmuto or DJ LeMahieu prove unwilling to accept less than they’re worth and also refuse one-year pillow deals at a high average annual value, an already-strained labor relationship between the players and MLB owners could take a turn for the worse.

MLB labor relations are the worst they’ve been since the strike back in 1994. We saw the tension when the 2017-2018 offseason moved slowly, and we saw even more tension prior to the 2020 season when the MLBPA and the owners were barely able to come to a compensation agreement that would get the season going. As Newsweek put it earlier this year, it feels as though the two sides simply agreed to a ceasefire rather than a formal truce.

Making matters even worse is the fact that MLB’s collective bargaining agreement will come to a close after the 2021 season, setting the stage for a potentially catastrophic showdown between the two sides. According to some sources, MLB felt as though any leeway they gave in 2020 season negotiations would be used “against them” in the upcoming CBA negotiations. Meanwhile, the MLBPA believes that the slow pace and reduced dollar values of free agent signings in recent years point to collusion on the part of the owners.&nbsp;

So if owners are unwilling to collectively dole out fair contracts based on the talent of this year’s free agents, and the player’s association sees it as further evidence of collusion, we’re not just looking at another ridiculously slow and embarrassing negotiation process between the two sides. What we’re looking at is the very real possibility of the second labor stoppage in 30 years. If the MLBPA was on the verge of filing a grievance against the league during the past round of negotiations, think of what they’d be willing to do if a dozen of the league’s very best players (including the reigning NL Cy Young winner) aren’t offered much more than a few peanuts by the time the season starts.

Whatever you believe about labor and business operations, it’s fair to imagine the players being upset if the owners choose to pass the bulk of their revenue losses onto the players by collectively refusing to pay them fairly. And while the very idea of labor stoppage is scary enough, that isn’t even the end of the story, as it brings even worse possibilities to the imagination.

Attendance in MLB has been declining for a few years now, even before a fan-less 2020 season. In fact, 2019 marked the first time in over 15 years that total attendance dropped below 70 million. The league has been tinkering with several methods of shortening game times, but those attempts haven’t stopped overall attendance from falling by over 7% from 2015 to 2019. And a vehement distaste for the cheating Astros, as well as Rob Manfred’s bungled handling of the scandal, contributed to increasing indifference towards (and lack of faith in) MLB from several fans around the country, myself included.

I’m probably being dramatic, but I think it’s at least worth asking this question: can the sport survive a labor stoppage amidst so much indifference and mistrust from its fans? The answer is almost certainly yes, but whether the sport would ever truly be the same is more hazy.

Like most other fans, I’m going to watch and see how this offseason plays out before taking down my team’s memorabilia and putting my jerseys in storage. Hopefully I’ve been overreacting this entire time.

Featured image courtesy of Not the Fake Nate, via Flickr.