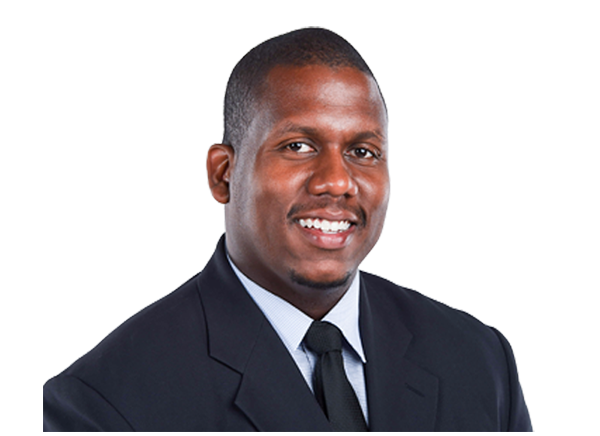 The NCAA Division I council is set to meet on Wednesday, after which a series of guidelines for the 2020-21 men’s and women’s college basketball seasons are expected to be revealed. Recommendations for a start date are expected to be formalized, and the announcement will have implications for the season, including the 2021 NCAA tournaments. These are the ways in which our college basketball team expects the picture to become clearer on Wednesday, and what will still need to be determined following the announcement. We break down the most important questions heading into the session:

What items do we expect to be covered in the NCAA Division I council’s vote on Wednesday?

The focus of the meeting will center on the start date for college basketball, which is currently Nov. 10 but likely to be delayed due to continuing concerns related to the coronavirus pandemic. Right now, Thanksgiving weekend is the popular target in college basketball circles. Division I teams can practice 42 days prior to the official season start date, per NCAA rules. The council’s vote is an important first step, but amid continued uncertainty around testing procedures, the impact of COVID-19 on college campuses, etc., multiple people close to the conversation have warned that anything that’s decided on Wednesday could change. See: college football.

“We need to be diligent on safety, mask-wearing and hand-washing,” said one college basketball official. “That and the ability to test will all help us have a season. If we get too ahead of ourselves and complacent, this virus will undo everything.” — Myron Medcalf

The council is expected to provide a framework for what a college basketball season will look like — with individual conferences (and teams) given some freedom within that framework.

In addition to the start date, it’s expected that the council will also change the minimum and maximum number of games a team needs to play in order to be considered for the NCAA tournament. NCAA senior vice president of basketball Dan Gavitt said multiple times last week, including on the Courtside podcast with Seth Greenberg and Dan Dakich, that they could cut the minimum (currently 25) by as much as 50%, meaning the minimum could drop to 13 games. The maximum is also expected to drop, from 31 to 24 or 25, plus two or three games in a multi-team event (MTE). How many of those games will need to be nonconference games? That is also likely to be discussed this week. Yet another major topic expected to be covered is the testing requirements for the season. — Jeff Borzello

If the NCAA rules that college basketball can start Nov. 21 or Nov. 25, does that mean all of Division I basketball will start on that date?

Nope. The Pac-12’s announcement that the league won’t play college basketball prior to January (although new testing methods might change that) and the Big Ten’s ever-evolving plans for fall and winter sports mean that at least a couple of Power 5 leagues could wait. But that’s not the greatest challenge. Can leagues that rely on the millions of dollars funneled to them to “buy” games against major conference teams afford the testing requirements that might be necessary to play college basketball, even in a bubble format? Can they handle the logistics? The liabilities?

One non-Power 5 coach said it would be “impossible” for his league to play right now because of the financial constraints his school has endured throughout the pandemic. I think multiple leagues need the cash that would come with a college basketball season, but the investment necessary to join their richer peers could prompt a delay to their seasons, or even no season at all. — Myron Medcalf

There are also leagues and individual schools that will be hesitant to send their teams to bubbles while classes are going on, and other schools that will have issues with the amount of money it will cost to consistently test their student-athletes. Changing the minimum number of games needed for the NCAA tournament to as few as 13 would also allow conferences to choose to skip nonconference play altogether. — Jeff Borzello

What are coaches anticipating from the ruling?

The general consensus among men’s college basketball coaches is that the start of the season will be delayed until late November, likely sometime between Nov. 21 and Nov. 25. Starting during that time frame would give most schools several weeks with no regular students on campus, the perfect environment to get a number of games in between Thanksgiving and Christmas (and perhaps even longer, depending on when the second semester begins at certain schools).

What has thrown a wrinkle into this plan is the ACC coaches coming out unanimously — as well as unilaterally — and proposing an all-inclusive NCAA tournament featuring every single Division I team. Part of the reason for that proposal, sources told ESPN, is that a number of ACC coaches don’t want to play nonconference games this season. There is a disparity in the testing protocol of the power conferences and the smaller conferences, which has made plenty of the bigger schools concerned about nonconference games.

It’s unclear how the Division I Council is handling the ACC’s proposal, although Dan Gavitt came out last week and said there have been no plans to expand the NCAA tournament. If the ACC ultimately decides it doesn’t want to play nonconference games, on top of the Pac-12 not starting until January (as it stands now), then Nov. 21-25 might not be set in stone. — Jeff Borzello

What do we expect Wednesday’s ruling to mean for traditional early-season events like the Champions Classic and Maui Invitational?

The “easiest” things to potentially put in a bubble would be the nonconference tournaments and events traditionally played in November and December, and that seems to be where those events are trending for the 2020-21 season. Assuming the start of the season is delayed, these events would also be delayed, but there’s still a strong chance that most of them will ultimately get played in some form.

There have been as many as 18 bubbles mentioned by various sources over the course of the past couple of weeks, although it’s unlikely all of them will happen. Harrah’s Cherokee Center in Asheville, North Carolina, has been mooted as a potential location for the Maui Invitational, and while Harrah’s general manager Chris Corl wouldn’t specifically confirm the Maui Invitational, he told ESPN his facility has had discussions with two major event organizers.

A number of events run by the Hall of Fame and Gazelle Group have had discussions about hosting their games at Mohegan Sun casino in Connecticut in a bubble, while ESPN-run events could take place in a bubble format at Disney, similar to what the NBA did. There have been reports of the Battle 4 Atlantis moving to the Sanford Pentagon in South Dakota, too. The timeline, location and format of these events could change, but it appears likely that they will still be played. — Jeff Borzello

What will the implications of Wednesday’s ruling be for the NCAA tournament?

I’m not sure Wednesday’s announcement will dramatically affect the NCAA tournament. NCAA officials and coaches have preached the same message for months: The tournament will start in March, but anything could happen before then.

Gavitt said he met with the selection committee a few months ago and discussed the possibility that leagues could be granted waivers to identify their automatic qualifiers via alternative methods. The NCAA has had talks with Google, which helped create the NET, to discuss the impact of metrics on a season that might not play out in the traditional manner. But all conversations have kept sight of the finish line, which is the NCAA tournament.

Gavitt, who said he prefers to play the men’s and women’s tourneys in March and April per the norm, seems prepared to accept the chaos, as long as we get the proper ending. Also, the NCAA, which has furloughed its entire staff, can’t afford another cancellation. The mid-major leagues that count on annual payouts from the event, which cost the NCAA nearly $300 million when it was scrapped because of the pandemic, can’t either. — Myron Medcalf

While the goal is to still have the NCAA tournament in March and April with 68 teams at the 14 scheduled sites, how we get there could change. As mentioned, the council is expected to provide the framework of a season, with individual conferences able to adapt as needed. One of those adaptations could be how they select their automatic bid to the NCAA tournament. Gavitt mentioned to Greenberg and Dakich last week that leagues could have flexibility to name their regular-season champion as the automatic qualifier, as opposed to a conference tournament winner.

Could we ultimately see the NCAA tournament in one or two locations, in a bubble, and with fewer than 68 teams? Possibly, but that’s not the plan right now, and that certainly won’t be decided Wednesday. — Jeff Borzello

Will Wednesday’s ruling have any impact on the recruiting calendar?

If anything, the ruling will just prolong the ongoing restrictions. Back in March, the NCAA announced a “dead period” in recruiting, meaning no campus visits for prospects, no evaluation periods for coaches to watch players, no in-home visits — no in-person interaction whatsoever. That dead period hasn’t been lifted yet, and it is set to last through at least Sept. 30, although ESPN’s Heather Dinich reported earlier this month that the Football Oversight Committee asked the council to extend it to Oct. 31. If that occurs, it will run up against the early signing period in basketball, which is scheduled to begin Nov. 11 and last until Nov. 18.

Most players in the 2021 class have conducted their recruitments via Zoom meetings and virtual tours, with very few players taking their full allotment of five official visits. In previous years, official visits generally took place in the fall of a prospect’s senior year, starting in late August and ending in late October. The big visit weekends are built around big football games or Midnight Madness festivities. There hasn’t been any of that for the 2021 class, and that doesn’t appear to be changing. That said, there hasn’t been any sign that the early signing period will change either. In fact, more top-100 prospects are committing earlier in the fall than previous years. More than half of the players in the current ESPN 100 have already made college decisions and will be expected to sign their letters of intent in November. — Jeff Borzello