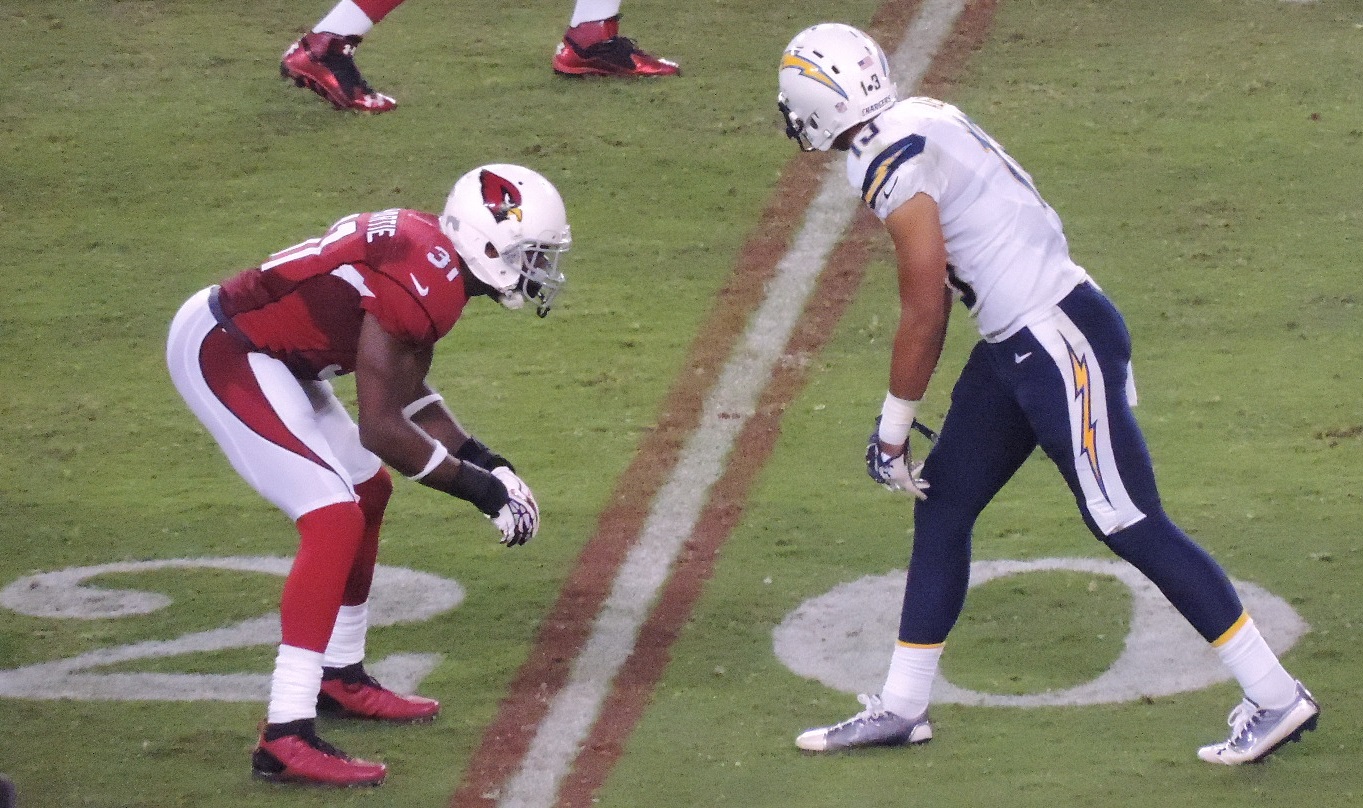 If you’re just now hearing about Justin Jefferson for the first time, you’d better get used to it. The rookie receiver is humiliating opposing cornerbacks as a new member of the Minnesota Vikings, and he’s showing no signs of slowing down any time soon. Despite not getting his first start until Week 3, the LSU product has already caught 52 passes for a total of 918 yards. Jefferson’s compiled over 100 yards in four of his nine starts this year, which has stats nerds like me wondering, what’s the most 100-yard receiving games by a rookie? Does Jefferson have a chance to set a record? I took a look to find out.

Bill Groman had the most 100-yard receiving games by a rookie, managing the feat nine times in his 13 games all the way back in 1960. Only one other receiver in NFL history has more than five 100-yard games in his rookie season, though Jefferson has a decent shot at becoming the third to do so. However, there aren’t enough games left on the schedule for Jefferson to break Groman’s record; the best he can do is tie it.

Only ten rookies in history had more triple-digit receiving games than Jefferson’s had so far. If he can add one more to his total down the stretch, he’ll pull into a nine-way tie for third place. Here’s the complete list of players since at least 1960 who are still ahead of Jefferson in this category…

Ditka’s the only tight end to make this list. His hall of fame career began with a rookie season for the ages — one that ended up being the best receiving season of his entire career. Ditka’s 56 receptions and 1,076 yards, and 12 touchdowns led all tight ends in football in 1961, and in fact those 12 touchdowns currently account for more than a quarter of his career total.

Though Ditka’s playing talent was spectacular in his early years, he faded into a part-time role in the latter half of his career; he started just 34 games across those six seasons. To the younger generation, Ditka is probably best known as the coach who led the Bears to a Super Bowl Championship in 1985. He earned the nickname “Iron Mike” for his toughness, and his origination from a steel town in Pennsylvania.

It took another 24 years before another receiver was able to post five triple-digit receiving games in his rookie season, and Carter did quietly and without much fanfare. On the whole, he compiled 821 receiving yards in 16 games that year, meaning he averaged less than 20 yards per game outside of his 100-yard performances. Looking back on it, the inconsistency seems almost bizarre.

Carter went on to have a pretty solid career, posting nearly 8,000 receiving yards in 11 seasons and even earning three trips to the Pro Bowl. His best season came in 1988, when he caught 72 passes from quarterback Rich Gannon for a total of 1,225 yards. He does own one interesting record: thanks to some mad punt return skills in 1987, Carter amassed more all-purpose yards in a single postseason than any other player in NFL history.

The storied career of Anquan Boldin began with a bang, as he posted the best game of his career on the very first day he set foot on an NFL gridiron. He caught ten passes on fourteen targets, and his yardage total is by far the best debut performance for a wide receiver in NFL history. In fact, it’s the fifth-best single-game yards total by a rookie wideout overall, falling just 38 yards short of Jerry Butler’s (set in 1979).

Boldin played for four different teams throughout the course of his fourteen-year NFL career, and while he was never truly the best receiver in the league, he was well above average for long enough that he managed to make the record books. The former second-rounder’s 13,779 career receiving yards rank 14th all-time, above higher-peak talents like Calvin Johnson and Antonio Brown.&nbsp;

Jones is truly one of the greatest receivers of his era, and he got off to a hot start in his career by compiling nearly a thousand yards in just 13 games during his rookie season. The only slight weakness during his first NFL campaign was a 56.8% catch rate, which he improved upon significantly the following season and has kept above 60% in almost every season since. This year, that number is up to an elite 77.6% in his first eight games.

The future hall of famer has never played a down for anyone but the Falcons, and he’s become one of the most recognizable names in the history of the franchise. He’s already become their all-time receiving leader by a wide margin, and holds several other team records to boot. Jones has put up three different games with at least 250 receiving yards; no other player in NFL history has managed to do so.

The Andrew Luck to T.Y. Hilton connection is among the greatest rookie tandems of all time. Despite the fact that Hilton technically only started one of the 15 games he played in, he was on the receiving end of 90 targets from Luck and caught 50 of them for 861 total yards. It’s interesting to note that 61% of his yards came in just one third of his games.

Luck and Hilton would go on to form a deadly combo for several years, maxing out with a 1,448-yard season effort in 2016. It was the third of four straight pro bowl seasons for Hilton, and although he hasn’t been nearly as effective since Luck retired after 2018, his 50-yard reception from Philip Rivers this season is proof that he’s still got plenty left in the tank at the age of 31.

One year after Hilton’s solid rookie season, Allen burst onto the scene and became the new favorite wide receiver for Phillip Rivers. Unlike Hilton, however, Allen got the job done more on a high volume of targets than the actual length of those passes. Four of his five 100-yard receiving performances came on at least eight receptions, whereas Hilton never had more than six in games of that ilk.

The Chargers’ move to Los Angeles prior to 2017 seemingly did wonders for Allen, who promptly shattered his personal best receiving season by over 350 yards for a total of 1,393. He narrowly missed the 1,200-yard mark in 2018 and 2019, and earned a trip to the Pro Bowl in all three of those seasons. A new quarterback hasn’t slowed Allen down; he’s caught 85 passes from Justin Herbert, a figure that puts him near the top of the league.

Cooper is another player who put up a fantastic rookie season thanks to a consistent volume of targets from his quarterback, though that doesn’t mean he didn’t also catch a few majestic bombs from Derek Carr. In fact, he managed to put up 133 yards on just five catches against the Chargers on October 25th, 2015.

Unlike most players on this list, Cooper was shipped to another team at the trade deadline before his rookie contract came to a close. He’s been even better with the Cowboys than he was with the Raiders, as he posted career highs in yards (1,189) and touchdowns (8) last season, and is on pace for his fourth-consecutive thousand-yard season.

The Titans took Brown in the second round of the 2019 NFL draft (51st overall), and he delivered for them immediately by collecting 100 yards on just three receptions in Week 1 — coincidentally versus the Cleveland Browns. His impressive rookie season included two triple-digit receiving performances against the division rival Houston Texans.

Brown’s on pace to have a very similar sophomore season in terms of total yards, and he’s already matched his 2019 touchdown total by finding the end zone eight times in just nine games. He’s even added another pair of 100-yard performances to his career total. Brown’s got a long career ahead of him with a ton of potential, and it wouldn’t be a surprise to hear him mentioned again here at Ballfront.

Beckham Jr.’s season with the Giants is easily one of the greatest rookie campaigns by a wide receiver of all time. Not only did he average over 108 yards per game, but he gave fans some otherworldly highlights, including his famous one-handed catch against the Cowboys on November 23rd, 2014. He received over ten targets per game from Eli Manning.

Though his best years came with Manning and the Giants, Beckham Jr.’s recent seasons with the Browns have been respectable even if they haven’t been quite on the level of his earliest years. It’s anybody’s guess as to where he’ll end up after this season, but his list of suitors may be limited slightly by the fact that he’s coming off a full-blown ACL tear.

Interestingly enough, Groman’s best game during his rookie campaign came on just three receptions, meaning he averaged over 60 yards per reception that day. In fact, five of his nine triple-digit receiving performances came on six catches or fewer. The most mind-blowing part of his unrepeatable debut season is that he compiled over 140 yards in five different games, and as you’ve noticed so far, only nine other players could even top 100 yards that many times in a rookie season.

Groman’s record in this niche category is one of those records that you look at with pure admiration, knowing that it’ll almost certainly never be broken unless something about the game fundamentally changes. Like Joe DiMaggio’s 56-game hitting streak or Wilt Chamberlain’s 100-point game, Groman’s nine triple-digit receiving games as a rookie has stood practically unchallenged for over fifty years, and may stand another 50 more.