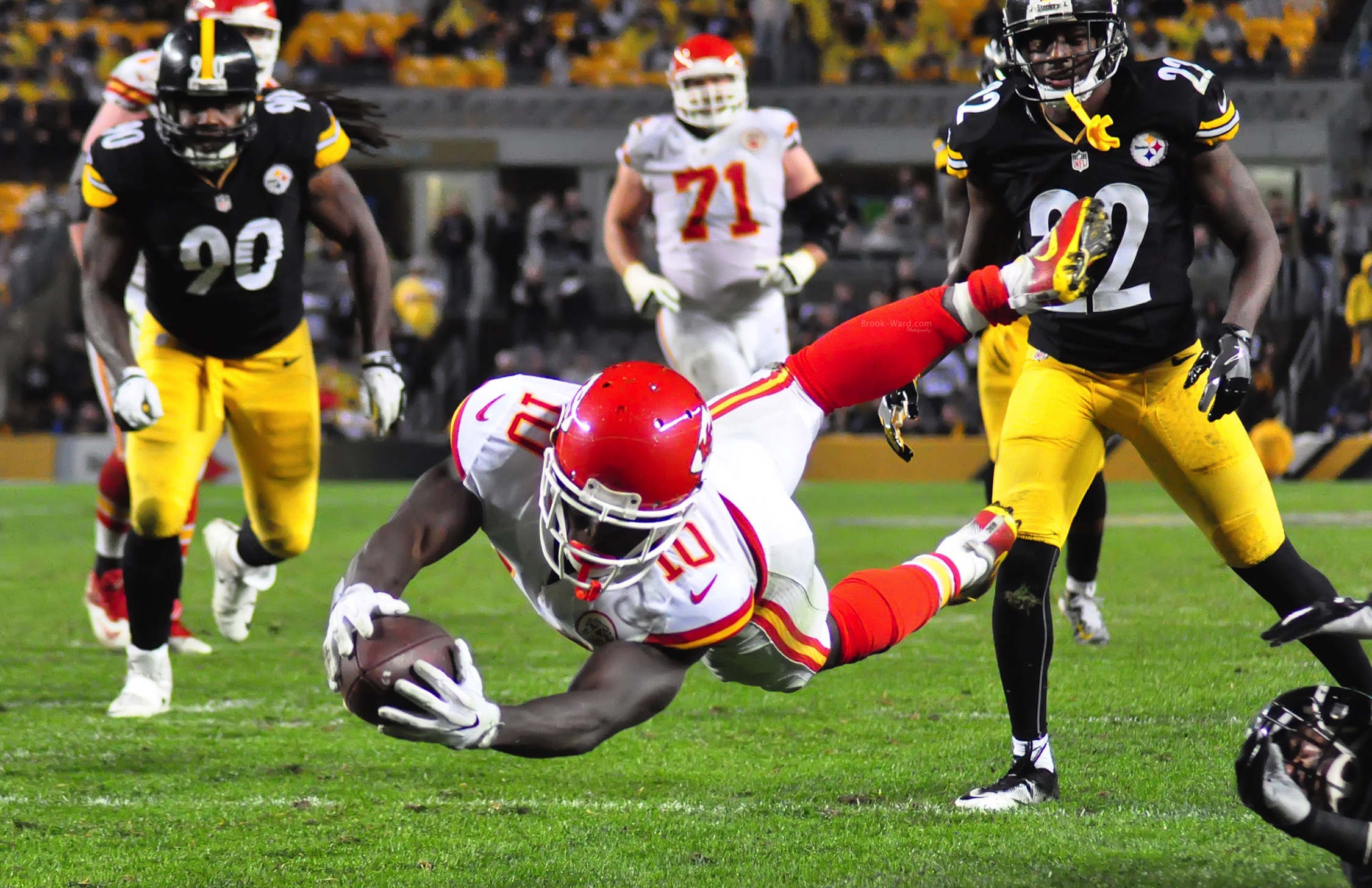 In case you hadn’t already heard, Chiefs wide receiver Tyreek Hill had a game for the record books this past Sunday. He became just the second player this season to amass 200 receiving yards in a single game, which is impressive enough on its own. In all, he caught 13 of his 15 targets for 269 total receiving yards, and found the end zone on three separate occasions.

But the most staggering part of Hill’s Week 12 performance against the Buccaneers was his first quarter performance. Thanks to some bombs from quarterback Patrick Mahomes, “Cheetah” had a whopping 203 passing yards by the end of the first quarter. It was an otherworldly accomplishment that hadn’t been achieved in nearly 15 years. In fact, going back to at least 1980, only two other players have managed to top the 200 yard mark in a single quarter.

According to NFL345 on Twitter, Qadry Ismail’s 210 total yards against the Steelers on December 12, 1999 is the most in a single quarter since at least 1980. According to Foxnews.com, this is indeed the all-time record in that particular category.

Other than Ismail and Hill, only one other player in NFL history has managed to exceed 200 yards in a single quarter. Let’s run down all three of them in ascending order, beginning with Hill.

In the first quarter against the Buccaneers this past Sunday, Hill put on a clinic. He victimized Tampa Bay cornerback Carlton Davis by scoring two touchdowns on his watch, and caught a total of seven passes from Mahomes. No other wide receiver in NFL history has totaled over 200 yards while catching seven passes in a single quarter. He also managed to break Randy Moss’ record for most 40-yard passes caught — in just his fifth NFL season.

This almost certainly won’t be the last time we see Hill’s name in the headlines. He’s one of the most talented wide receivers in the game, and many consider him and Seattle’s DK Metcalf to be the undisputed number one and two in some order. He’s already compiled over a thousand receiving yards in the first 11 games of the 2020 season, and with Mahomes continuing to heat up down the stretch, Hill is almost certain to blaze past his career high of 1,479 yards in 2018. He’s also on pace to rank among the top 250 wide receivers of all time by season’s end, and again it’s crucial to stress that he’ll have played just five professional seasons.

It’s not a stretch to say that, when all’s said and done, we might someday look back on the Hill-Mahomes combo as one of the greatest tandems of all time, on par with Steve Young/Jerry Rice, Tom Brady/Rob Gronkowski, and Peyton Manning/Marvin Harrison. Hill and Mahomes have done some extraordinary things in a short period of time, and as they’re both still in their mid-twenties, they’ve got plenty of gas left in the tank.

On November 19th, 2006, the Bills edged out the Texans in a record-breaking quarterback shootout, and Evans was the star of the show. Although Houston QB David Carr tied an NFL record with 22 straight completions, the tandem of J.P. Losman and Evans struck first, struck hard, and showed no mercy. 80% of Evans’ receiving yards came in the form of two separate 83-yard touchdowns in the first quarter, and although it certainly didn’t put the game out of reach, it was probably frustrating and demoralizing at the very least.

The remarkable part of this game is that, outside of it, both Evans and Losman had solid yet unspectacular careers. Evans only managed to average about 49 yards per game in the remaining 117 games of his career, which is respectable but not otherworldly. And aside from 2006, Losman’s career high in passing yards for a season was a pitiful 1,340. That day in November just happened to be one particular game in which lightning (a.k.a. An 83-yard touchdown bolt) happened to strike twice.

The mother of all receiving quarters came on December 12th, 1999 at the hands of Qadry Ismail, a journeyman wide receiver who made just ten starts in the first six seasons of his career, which began in 1993. Prior to this game, Qadry had only topped 120 yards in an entire game on a single occasion four years earlier. His 256 total yards by the end of the fourth quarter nearly doubled his career high, and his three touchdowns that day account for one eleventh of his career total. In over 20 years since his performance against the division rival Steelers, no player has been able to exceed his 210 yard third quarter performance. Fun fact: he accomplished this amazing feat after taking a wicked shot to the ribs that gave him stomach pains for the rest of the game.

I have to give props to the Ravens for unearthing a hidden and underappreciated gem that season; Ismail had been strictly a kick returner for most of the 1996 and 1997 seasons. For his career, he bounced from Minnesota to Miami to New Orleans before finally finding a place to shine on Baltimore’s offense. In 1999, he set new career highs in receptions, receiving yards, and touchdowns, and helped the Ravens win their first Super Bowl title in 2001 by catching a 47-yard touchdown pass from Trent Dilfer. He went on to have another fantastic season with the Ravens before finishing out his career on a one-year deal with the Colts.

Qadry “The Missle” Ismail went on to have a long and successful broadcasting career after his playing days came to an end, spending time with Comcast Sports Net, BET Black College Football, and ESPN before eventually joining the Ravens’ broadcasting team. As a player, though, he’ll always be remembered first and foremost for collecting 210 yards on just six receptions in a monster third quarter.
Featured image courtesy of Brook Ward, via Flickr.