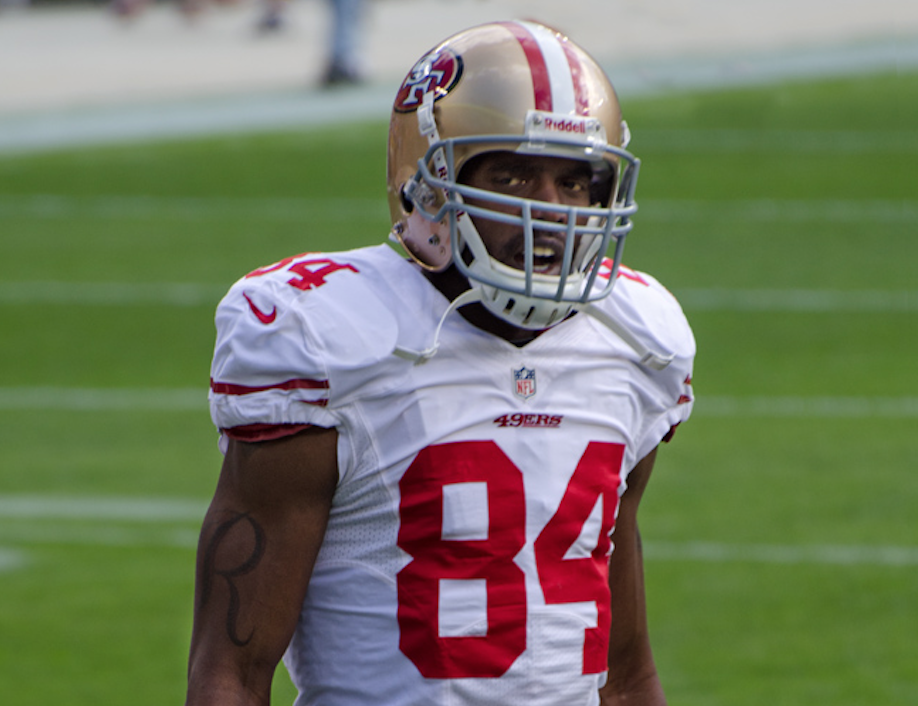 Not every rookie gets significant attention from his quarterback. Thanks to his score this past Sunday, though, Steelers wide receiver Chase Claypool already has more touchdown receptions through his first ten career games than any player in NFL history. He’s not showing any signs of slowing down, and at 10-0 it doesn’t seem likely that the Steelers will take their foot off the gas any time soon. So I decided to take a long look into which rookies had the most touchdown receptions in NFL history.

You probably already know that Randy Moss had 17 receiving touchdowns during his rookie year, which will be a tough mark for Claypool to match (or beat). But there are 10 total players who managed to compile at least 11 receiving touchdowns during a rookie season. I’ve listed them all below in order from least to most, including a spectacular six-way tie for fourth place.

Williams’ career began with a bang, as the rookie caught five passes for 30 yards and a touchdown against the Cleveland Browns. He went on to start all 16 games that season and amassed nearly 1,000 receiving yards along the way — more than any other rookie in the 2010 class. His 11 touchdown receptions also set a new Buccaneers rookie record, which would last all of four years before being broken by another guy on this list.

Williams signed a six-year deal worth more than $40 million in July of 2013, but ended up suffering a season-ending injury less a third of the way through the season. The Bucs quickly soured on him and traded him to the Buffalo Bills during the offseason for just a sixth-round pick. Due to both injury issues and off-field issues, he never played another game in the NFL.

You’ll find that most of the players on this list put up their stellar rookie season over 50 years ago. Hill was one of those players, having caught 12 touchdown passes all the way back in 1954. He won the Rookie of the Year award and went on to play eight more seasons, though he experienced a steep drop-off in performance after his second consecutive First Team All-Pro selection in 1956.

Hill still holds a slew of novelty franchise records for the Bears, including most career touchdown receptions (40), most yards from scrimmage in a single game as a rookie (214), and most 100-yard receiving games in a single season (7). In 1986, the NCAA created the Harlon Hill trophy in honor of his playing career; it’s considered to be the Division II equivalent of the Heisman.

As I mentioned earlier, Evans broke a Bucs rookie record in 2014 that had been set just four years prior (by Williams), despite playing in just 15 games. In addition to his 12 touchdowns, Evans compiled 1,051 yards on 68 receptions. He’s had several productive seasons since then, although he’s seen a slight dip in production in 2020, which is surprising considering his quarterback is the great Tom Brady.

One impressive thing about Evans’ 2014 rookie season is that he managed to stand out and grab headlines even amidst an otherworldly class of rookie receivers, the most notable of which was Odell Beckham Jr. The list of other first-year receivers in 2014 is long and spectacular; it includes names like Kelvin Benjamin, Jarvis Landry, Martavis Bryant, Sammy Watkins Jr., and Brandin Cooks.

Speaking of Beckham Jr., his rookie season was truly something to behold. Not only did he make one of the most spectacular catches of all time even amidst pass interference, but his numbers are among the great rookie receiving seasons of all time. Beckham Jr. managed to haul in 91 receptions for a total of 1,305 receiving yards with a fading Eli Manning as his quarterback. And somewhat miraculously, he did it in just 11 starts.

Many fans watching OBJ during 2014 thought we might be witnessing the birth of one of the greatest receivers of all time, and he continued to provide breathtaking catches and dominant numbers for the next two years. Unfortunately, injury issues, attitude problems, and the perennial incompetence of the Cleveland Browns franchise have seemingly prevented the LSU product from reaching his true ceiling. He’s currently on the injured reserve list after suffering an ACL tear.

Bob Hayes, or “Bullet Bob” as he was known by his teammates, fell to the 88th overall pick in the 1964 NFL draft, but went on to provide immediate value during his rookie season in 1965. He managed an extraordinary 21.8 yards per reception on 46 catches, over a quarter of which were touchdowns. He went on to accrue at least 700 receiving yards in each of the first seven seasons of his career.

The reason Hayes had so much success on long receptions can probably be attributed to his sprinting capabilities. In fact, he began his athletic career as an Olympic sprinter, and has a gold medal to show for it. Hayes still owns the world record for the fastest 70-yard dash ever recorded, and he holds one even more extraordinary accolade: he’s the only person on earth with both an Olympic gold medal and a Super Bowl ring.

Ditka’s another stellar player whose rookie season sparked a hall of fame career. Sometimes known as Iron Mike, he holds the unique honor of being the only tight end to make this list. And though he had several great seasons, none were better than his brilliant rookie campaign in 1961 that saw him catch 56 passes for 1,076 total receiving yards and twelve touchdowns.

While he managed incredible production across his first four years in the league, Ditka fell off a bit after that, so much so that he was just a part-time contributor for the last half of his career. He went on to coach the Chicago Bears for 11 years after he retired, as well as the New Orleans Saints for another three years after that. Ditka was even named Coach of the Year in both 1985 and 1988.

William Frederick Groman was truly one of the most impressive wide receivers of his generation, if for no other reason than that his rookie year was eye-popping. His 1,473 receiving yards in 1960 has stood as the rookie record for 60 years now, and will probably never be broken. And the fact that he averaged over five receptions per game is unheard of for a rookie as well.

The weirdest thing about Groman’s career is that he never came close to matching his rookie production. His receiving yards dropped by 300 in 1961, and fell off a cliff in 1962 when he managed just 328 of them. It’s worth noting that he only started six games that season, though whether that was due to a decline in his talent or a simple change to his role (players were used on both offense and defense back then) is unknown to me.

Howton was the first player ever to exceed ten touchdowns receptions in his rookie season, and he blew past the mark with ease. Perhaps the most remarkable thing about Howton’s tie for second place on this list is that he managed to earn it despite playing in just twelve games. His 90-yard reception as a rookie in 1952 would turn out to be the longest of his impressive twelve-year career.

What stands out about Howton is that he was something of a two-hit wonder. Though he amassed 1,231 receiving yards during his rookie campaign, and another 1,188 during his fifth season in 1956, he never once topped 800 yards in a single season outside of those campaigns, and exceeded 514 yards just four other times. Again, this could be due to the malleable roles of players at this time, but it’s tough to know for sure.

Jefferson came with fairly significant pedigree after being selected 14th overall in the 1978 draft, and he delivered in ways that probably surprised even the most optimistic pundits. By collecting over a thousand receiving yards and 13 touchdowns in just 14 games, Jefferson launched a hot start to his career that would only get hotter the following two seasons.

After earning First Team All-Pro honors in both 1979 and 1980, Jefferson’s production dropped off a bit, making him a solid player rather than a standout through most of his career. Much of that can probably be blamed on his change of scenery. He played largely in the shadow of fellow 1978 first-rounder James Lofton, who collected twice as many passing yards as Jefferson thanks to his pre-existing relationship with quarterback Lynn Dickey.

Hall of famer Randy Moss is just about as special as any football player who ever lived. Nicknamed “The Freak” for his ungodly speed and talent for catching anything thrown his way, Moss is the gold standard for wide receivers and easily the best one on this list. He caught 69 passes during his rookie season, and found the end zone a whopping 17 times. Claypool still has a chance to beat his record, but a lot would need to break in his favor.

It would take an entire article to list all of Moss’ accomplishments, but one in particular that stands out is his 15,292 career receiving yards. In order to meet that mark, Moss compiled no fewer than ten seasons with quadruple-digit yardage, including a 1,632-yard season in 2003. Incredibly, 17 touchdowns wasn’t even his career high — he caught a mind-blowing 23 touchdown passes in 2007, which still stands as the all-time record. For context, only he and Jerry Rice (22) have ever topped 20, and third place on that list is a two-way tie for 18 touchdowns.