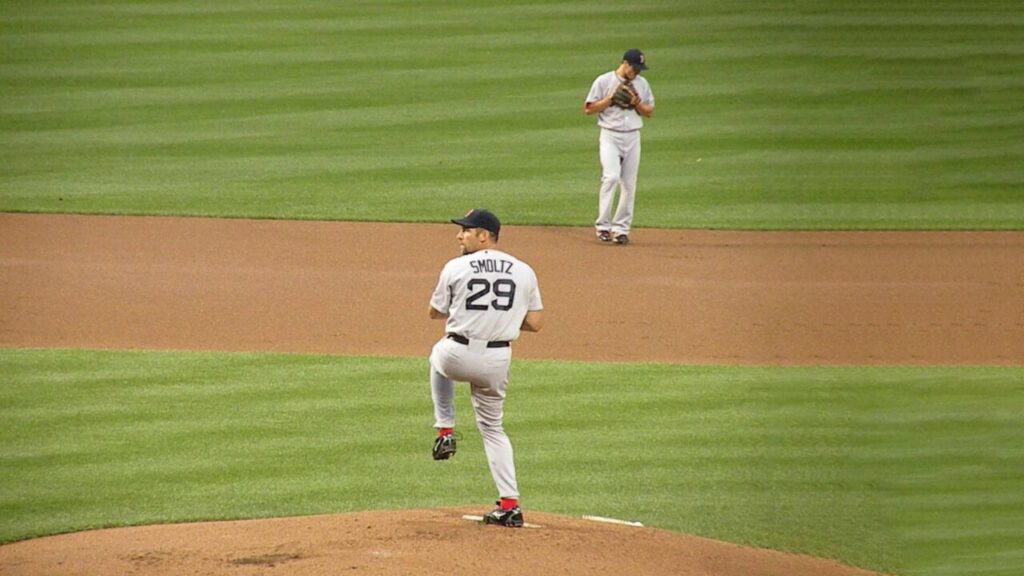 On Friday, Walker Buehler struck out ten Rays in Game 3 of the World Series. That feat put him on a short list of pitchers who’ve managed to record double-digit strikeouts in a World Series game. It was the first such performance of his young career, and the way the Dodgers are looking, it seems likely that he’ll get more opportunities in future years to do it again.

Johnson pitched in a different era, but it will still probably shock you to learn that his first 10-strikeout game was a 12-inning effort (yes, as in he pitched twelve innings) during which he struck out 12 Giants. Unfortunately, he also issued six walks and allowed four earned runs, so his Senators took a Game 1 loss in his World Series debut. They’d go on to win the series, though, with Johnson on the hill again in Game 7.

Thanks in part to Johnson, the Senators returned to the World Series the following year in an attempt to repeat as champions. This Game 1 showing was much better for him, as he managed to strike out ten while allowing just one earned run in a complete game victory. Ironically, they’d go on to lose the series in Game 7 this year, again with Johnson on the mound.

More than 30 years after Johnson, Turley would become the second pitcher ever to strike out at least ten hitters in multiple World Series games. In Game 6 of the ‘56 Fall Classic, Turley took a tough-luck loss after pitching nine scoreless innings but receiving nothing in the way of run support. He recorded two more outs in the bottom of the 10th before giving up a walk-off single to the legendary Jackie Robinson.

Turley also threw nine shutout innings as part of his next 10K performance two years later, but this time he’d get all the run support he needed. The Yankees put the game out of reach with a six-run sixth inning, and eventually won Game 5 by a score of 7-0.

After winning an astounding 24 games in 1996 (and leading the National League in strikeouts), John Smoltz was the obvious choice to start Game 1 against the Yankees. He had no trouble mowing down their lineup; the right-hander recorded 10 strikeouts in just 8 innings, but took an extraordinarily unfair loss because his offense didn’t score once and his defense allowed one run to cross the plate due to an error. The Yankees took Game 1, and won the series in six.

In a World Series rematch three years later, Smoltz took the mound in Game 4. Although he managed to record an impressive 11 K’s in just 7 innings, his offense failed him again by scoring just one run. The Yankees took down Smoltz and the Braves to complete the sweep.

On the other side of the Braves-Yankees rematch, Orlando Hernandez notched 10 K’s as part of a fantastic Game 1 effort that earned him the victory in a pitcher’s duel against Greg Maddux. Mariano Rivera picked up the save for Hernandez, whose victory began New York’s sweep of Atlanta.

Almost exactly one year later, the Yankees took on their crosstown rivals and gave the ball to Hernandez in Game 3. His 12 strikeouts during that game were admirable, but the four earned runs he gave up put the Yankees in a hole they couldn’t recover from. Fortunately for the Bronx Bombers, that was the only game they’d lose in the series. They won in five games, becoming the first threepeat champions since the 1972-1974 Oakland A’s.

The legendary Sandy Koufax earned a place on this list with three complete game victories in which he allowed two total earned runs. His Game 1 performance against the Yankees in 1963 was perhaps the most impressive of the three; he recorded 15 strikeouts, and to this day that’s the second-most ever in a World Series game (behind a showing from the next pitcher on this list). The Dodgers went on to sweep the Yankees that year.

Koufax and the Dodgers returned to the World Series two years later, and he was every bit as dominant against the Twins, if not more so. He got hit hard in Game 2, but rebounded in Game 5 to shut out the Twins over nine innings and help the Dodgers pull ahead in the series three games to two. Koufax famously went on to start Game 7 on just two days’ rest and shut out the Twins again to help Los Angeles clinch the series.

Hall of Famer Bob Gibson is one of the World Series strikeout kings. His 92 career strikeouts in the Fall Classic trail only Whitey Ford (94) for most by a pitcher all-time, and he was a huge part of the Cardinals’ championships in ‘64 and ‘67. In 1968, he whiffed a whopping 17 Detroit Tigers, breaking the record for most ever in a World Series game, and also the most in a playoff game at any level. Both of those records are still intact today, meaning that nobody has been able to break them for over 50 years (despite the gaudy strikeout totals in modern baseball).

Aside from the 17 strikeouts in one game, the most impressive part of Gibson’s World Series career was winning three of the Cardinals’ seven games en route to being named World Series MVP. Those victories include a pair of 10K complete games to bookend the series. Gibson’s ability to record big strikeout totals in World Series games is unparalleled, so unless a budding young star like Buehler rises to the occasion early and often in his career, this record could hold up for another 50 years.