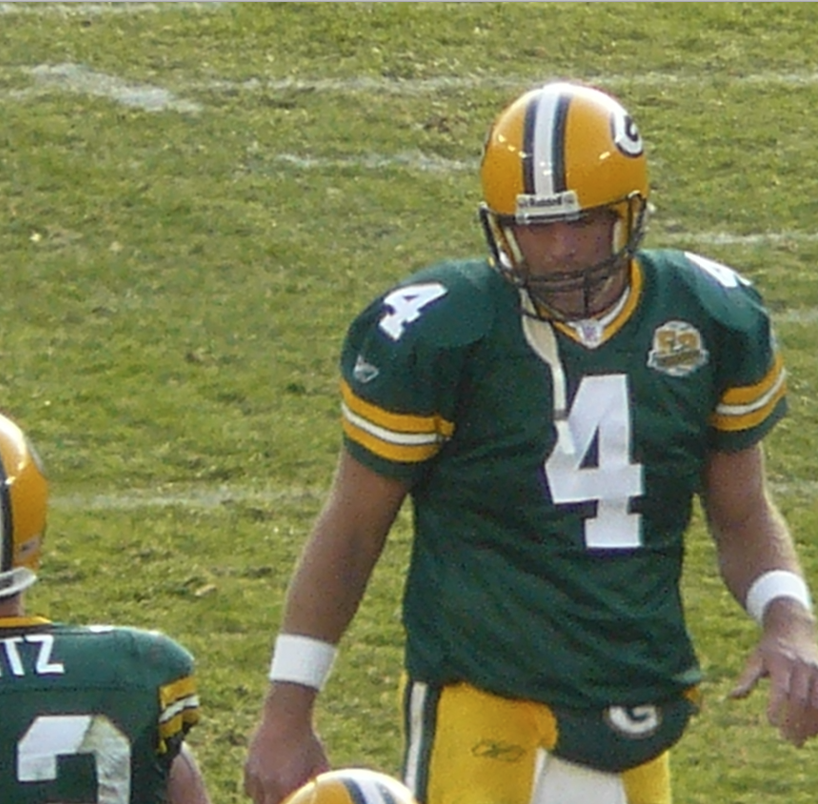 A 4,000-yard passing season certainly isn’t as special as it used to be. In fact, it’s almost expected of a good quarterback nowadays. As of December 14th, nearly half of the league’s starting quarterbacks are on pace to exceed 4,000 passing yards for the 2020 season, which might have seemed impossible as little as ten years ago. Patrick Mahomes has already eclipsed the mark, and is on pace to put up the 13th 5,000-yard passing season in the history of the NFL. All of this passing awesomeness makes it a ripe time to ask the question: which quarterback has the most seasons with 4,000 passing yards?

Peyton Manning has more 4,000-yard passing seasons than any quarterback in NFL history, with 14. As of now, no other signal caller has more than 12, and that’s not going to change after 2020 comes to a close (though two new QBs are likely to reach the 12-season mark in this category).

Out of sheer boundless curiosity, I decided to research this prestige category and put together a leaderboard. The caveat of all this is that the list is likely to change by the end of the season, since several of its high-ranking members are almost certain to add another 4000-yard notch to their belts. But with the season still firmly underway, it’s a great time to take a look nonetheless. Here’s every NFL quarterback in history who managed to throw for 4,000 yards in at least six different seasons, in ascending order and beginning with a four-way tie for ninth place.

This isn’t the first time I’ve ranked titanic quarterback accomplishments, and when I do, Marino almost always manages to claim a place as one of the oldest players on the list. All the way back during his sophomore season, Marino put the league on notice by becoming the first player in NFL history to throw for 5,000 passing yards in a single season; a feat that wouldn’t be accomplished again for nearly 20 years.

That season, Marino fell just shy of 50 touchdowns, “settling” for a record-setting 48. He never quite managed to replicate the tantrum he went on during his second year in the NFL, but he did manage to throw his way into the Hall of Fame. To this day, the Dolphins legend is widely considered to be the best player who never won a Super Bowl title.

If you’re a Packers fan, it’s never very much fun to see Favre’s name listed as both a Packer and a Viking in the record books. The fact is, however, that one of Favre’s six 400-yard passing seasons came while he was the quarterback for Minnesota. Favre’s best passing season was also his second-best season in terms of total touchdowns, and remarkably his third-best season in terms of fewest interceptions thrown.

As someone who grew up with #4 Packers pajamas, I know what it was like to witness the QB rivalry of Favre and John Elway while the two were still in their prime. The truth is, Favre may have been the greatest quarterback of all time before the next generation of passers came into the league. If there’s one knock on him, it’s that he threw a ton of interceptions. 59 more than anyone else in the history of the game, in fact.

If you’ve heard me talk about Palmer before, you know that I love to marvel at two main aspects of his career: his consistency, and his longevity. The truth is that Palmer was very good for a long time, and made the leaderboards in several prestige categories without ever having to be the best quarterback in the league during any given year. Even during his best passing season, Tom Brady, Phillip Rivers, and Drew Brees were all ahead of him.

And yet despite only being one of the best at any given time, he managed to put up several impressive seasons, and ultimately earned a place as the twelfth-best passer of all-time in terms of yards. His three best seasons came as an Arizona Cardinal; during the 2013, 2015 and 2016 seasons, he threw for a combined 13,000+ yards and 85 touchdowns.

I always have to mention that part of Roethlisberger’s success as a quarterback lies in the Steelers’ ability to develop quality wide receivers, but regardless of that, Big Ben has done things that most quarterbacks simply can’t recreate no matter who they’re throwing to. He’s the only quarterback in history to throw for at least 500 passing yards in three different games, as well as the only player to do that twice in one season.

Off-field issues aside, Ben’s one of the best in a generation of quarterbacks unlike any other. One big question remains this season, however: will he manage to eclipse the 4,000-yard mark once again? A few weeks ago, it seemed all but certain. But with the Steelers in something of a free fall the past couple weeks, things look a bit more cloudy.

On any given quarterback leaderboard, you’re likely to see Peyton Manning at or near the top, and his younger brother Eli Manning several players down the list. That’s true in this instance, too. Despite Eli’s incredible performance during his best passing season (in terms of yards, at least), the Giants only managed to limp to a 9-7 record.

Outside of that season, however, the younger Manning led his team to two Super Bowl titles and compiled 57,023 passing yards over the course of his career. He may be remembered by younger fans as an older quarterback who was benched during the twilight of his career, but the Giants fans of yesteryear know him as a hero.

Stafford’s similar to Marino in that he’s a pretty great quarterback who never managed to win a Super Bowl title (at least, he hasn’t yet, and he isn’t likely to with the team that’s been put together around him). Unlike Marino, however, Stafford’s never even won so much as a single playoff game.

That’s probably not a fair measure of what he’s been able to accomplish over the course of his dominant twelve-year career, of course. After all, the Lions are an impotent franchise that’s won precisely one postseason game throughout the entirety of the Super Bowl era — all the way back in 1992.

I know I’m stating the obvious here, but between Favre and Rodgers, Packers fans have enjoyed the unique privilege of having one of the game’s best quarterbacks under center for nearly three decades now. Rodgers is almost certainly going to end the 2020 season with 4,000 passing yards, bringing his total to nine.

Since learning the league as Favre’s backup from 2005-2006, Rodgers has been a perennial MVP candidate. But while he’s still throwing bombs (including this stunning hail mary against the Lions in 2015), the bulk of his best years in the NFL were earlier on. Fascinatingly, Rodgers has already eclipsed 50,000 career passing yards at the age of 37.

Matt Ryan’s best season in the NFL came in 2016, a year in which they had a great shot at a Super Bowl title. Although they were leading the Patriots 28-3 at halftime, Brady led what was perhaps the greatest comeback in the history of football. So while he probably thought he had a ring on lock when he came out for the third quarter, he choked on an epic level.

Ryan’s gone through a lot of receivers over the course of his career, but none more valuable than seven-time Pro Bowler Julio Jones, to whom he owes nearly 13,000 of his 54,846 passing yards. Remarkably, Ryan has just three career seasons in which he hasn’t topped the 4,000-yard threshold, and he’ll almost certainly do it again this year.

When you think of Phillip Rivers, you probably think of his career-long connection with tight end Antonio Gates, who accounts for nearly 20% of Rivers’ career passing yards. The two made an epic duo during their glory days, and combined for 116 touchdowns. Some of his other great receivers include Vincent Jackson, Malcolm Floyd, and Danario Alexander.

The day he retires, Rivers will most likely be known as one of the greatest San Diego Chargers of all time. Which is why it’s probably so weird for their fan base to see him playing for the Indianapolis Colts this season, with whom he’ll probably put up another 4,000-yard season. As with Favre and Brady, his “journeyman” years will always feel out of place.

Like Rivers, Brady was a career-long member of another franchise who’ll undoubtedly put up his first 4,000-yard passing season with a brand new franchise in 2020. Though it certainly hasn’t been his best campaign, he and the Tampa Bay Buccaneers have a great shot at a playoff berth, and Brady has the experience to make magic happen from there.

Not much else needs to be said about the greatest quarterback of all time. Six Super Bowl titles, 78,000 career passing yards, and more touchdown passes than any player in the history of the NFL probably says enough on its own. It’ll be interesting to see whether the future hall of famer decides to retire after 2020, or come back for another season.

Not only is Brees the fifth quarterback on this list to enjoy his best performance during a passing-heavy 2011 NFL season (seriously, what was everyone taking that year?), but he actually led the entire league. Those 5,476 passing yards also happen to set a single-season record, even though it was broken just two years later by one yard.

Brees hasn’t played for several weeks now due to a series of injuries, and it’s anyone’s guess whether or not he’ll ever set foot on a professional gridiron again. If he doesn’t, he’ll end a fantastic career with a record 79,612 cumulative passing yards, along with 565 touchdowns and a Super Bowl MVP selection to go along with his ring.

You might be sick of seeing Peyton Manning’s name at the top of nearly every quarterback leaderboard I curate, but if it makes you feel any better, just imagine how sick opposing defenses were of seeing him wreck them like a cheap block tower. Manning’s 2013 MVP campaign was probably the single greatest QB season in history, but it wasn’t his only great one.

All told, Manning chucked the football 9,380 times over the course of his long career, and connected for more than 4,000 yards in 14 of 17 seasons. In two of the others, he still managed to surpass 3,700 yards, and the lone season in which he didn’t was the year he tore his plantar fascia and had to miss the rest of the season. Simply put, Manning was a monster.
Featured image courtesy of WisconsinKaasKop, via Flickr.