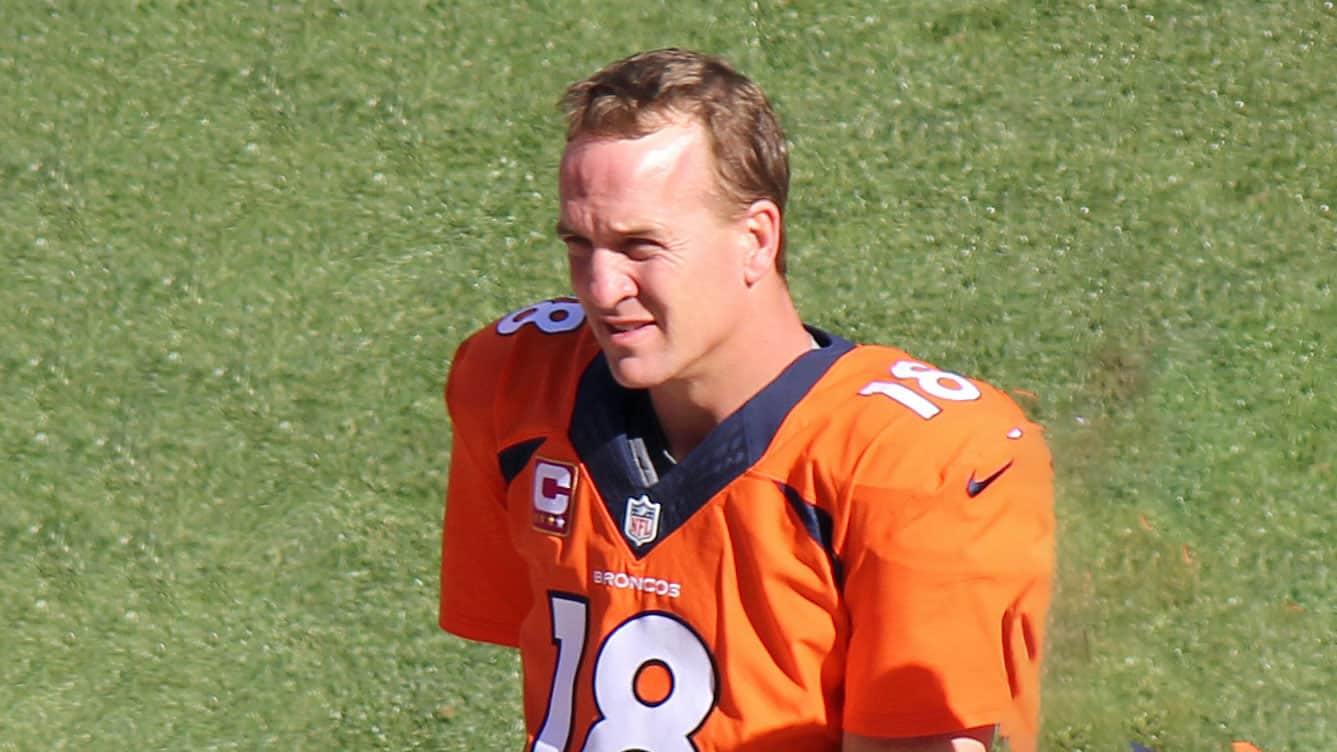 On October 4th, Tom Brady once again proved why so many NFL fans consider him to be the greatest quarterback of all time. He threw five different touchdown passes to five different Tampa Bay Buccaneers receivers, the last of which completed a comeback victory over the Los Angeles Chargers. We know this isn’t the first time he’s thrown for five touchdowns in one game, though, and it’s prompted many fans to wonder which quarterback has the most career games with five passing touchdowns. Does anyone have more than Tom Brady?

While five passing TDs in a single game is an otherworldly accomplishment, it happens more often in pro football than you might think. Here’s a list of the five QBs who’ve done it the most, listed in ascending order with the record holder last.

Sitting just outside the top five in this category are two familiar names, and one you might not recognize. Russell Wilson and Aaron Rodgers have made fans and fantasy owners alike gush with their epic performances over the years, so it’s probably not a huge surprise to learn that they’ve both had five games of this kind. Notably, both players are still active as of this writing, so both still have room to overtake a spot in the top five by the time they retire. Wilson may have a better shot considering he’s five years younger than Rodgers and has already managed to reach the 5 TD mark twice in 2020.

The final player in this three-way tie is former Houston Oiler (that’s right, Oiler) George Blanda, who put up his performances between 1961 and 1966. He accomplished the feat twice against the New York Titans.

Also worthy of an honorable mention are recent MVP Award-winners Pat Mahomes and Lamar Jackson, who have already racked up three of these games apiece in their fledgling careers. They’re just 25 and 23 years old, respectively.

Big Ben hasn’t exactly been the most consistent player throughout his long career, but he’s made up for it by putting up some truly ferocious seasons. The Steelers icon is the only player alive to have two games with more than five passing TDs in a single season, and he did it in back-to-back weeks! Meanwhile, only Kurt Warner, Joe Montana, and Steve Young have managed to put up a 5 TD game later in a season than Roethlisberger’s January 14th performance (though the next guy on this list did it on that same date six years earlier).

While his dominant showing on October 4th didn’t get him to the top of this list (or even close, really), it did help him break a third-place tie with Roethlisberger. Notably, five of Brady’s six TDs on October 18th, 2009 actually came in the same quarter, which of course set an NFL record that seems likely to remain unbroken for a long, long time. Brady’s also one of three players ever to throw for five TDs three or more times in one season; the other two happen to be the remaining QBs on this list.

It’s no surprise to see the Colts/Broncos icon on this list, considering the torrent of other accolades he accrued throughout his illustrious career. What is surprising, though, is that half of his 5 TD games came in a single season. It’s one more reflection of just how dominant Peyton was during his MVP campaign in 2004. For reference, no other quarterback has completed this feat more than three times in the same year.

At last we’ve arrived at the answer you’ve been waiting to learn. The longtime Saints icon has put up a five-touchdown performance in nine different seasons for 11 total masterpieces. Those masterpieces have all come against different opponents, meaning he’s humiliated over one third of the NFL during his two decades in pro football. At 41 years of age, he may still have a couple more years to add to his record, and with so many offensive weapons at his disposal it wouldn’t be a shock to see him notch another tally this season. Brees holds all-time records in total touchdown passes, passing yards, and completions, so it makes perfect sense that he would top the list in this category as well.