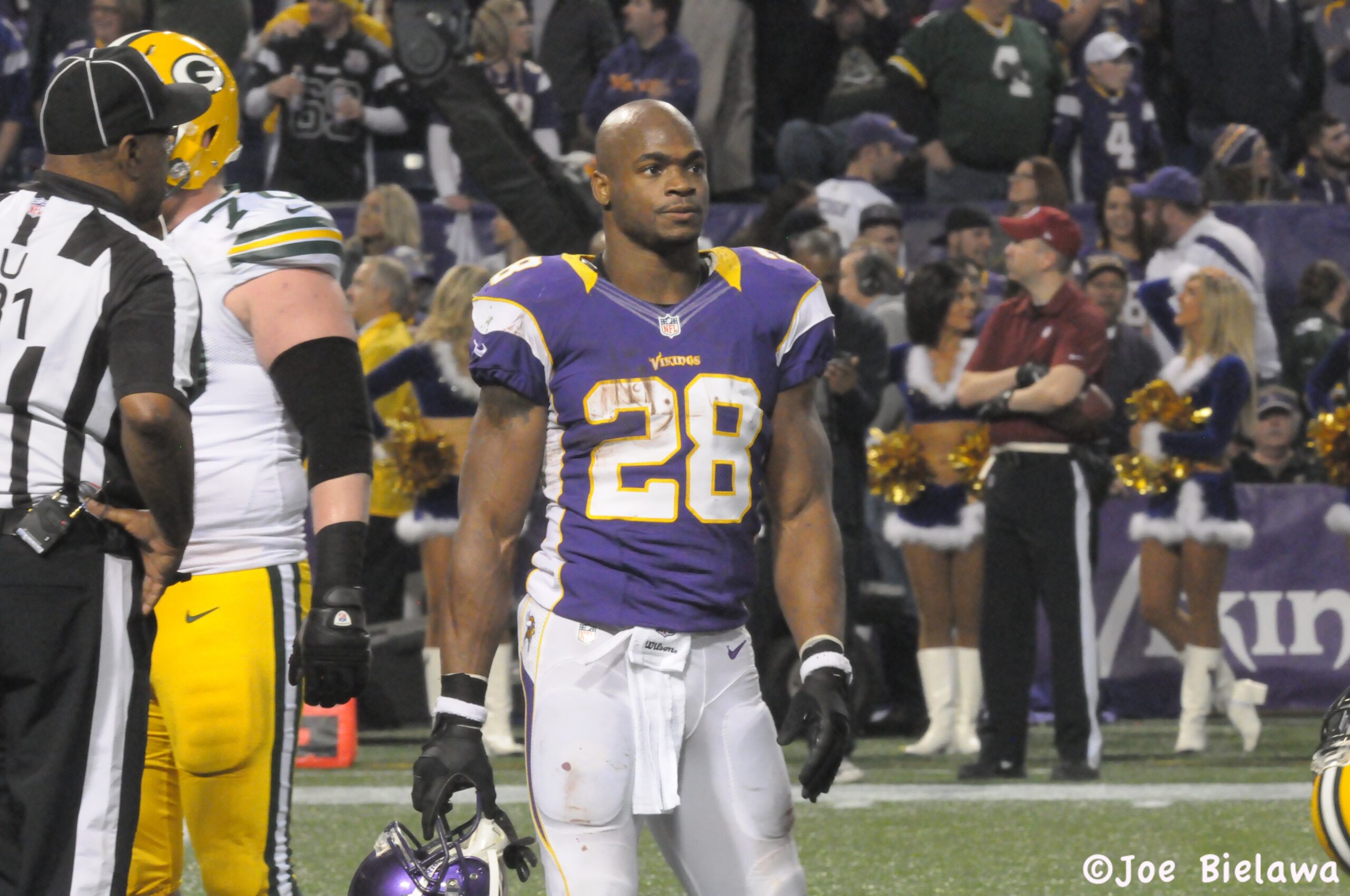 A few weeks ago, I took a look at the list of wide receivers who’ve eclipsed 200 receiving yards in a single game most often (spoiler alert, number one on that list will not surprise you even a little). But just this past weekend, I watched Ronald Jones II bust out nearly 200 rushing yards in a single game, including a 98-yard touchdown run that earned him a place in the record books.

By the end of the game, Jones fell just short of the 200-yard mark (192, if you’re curious). But the fact that he did it at such a young age got me wondering: which running back has the most games with 200 rushing yards or more? If Jones almost did it at the age of 23, surely there have been several running backs who’ve laid waste to opposing defenses often enough to reach five or six games of this kind, right? As it turns out, that’s exactly the case.

As it turns out, two players are tied for the most games with 200 rushing yards or more. I’ve compiled a list of all 16 players who’ve accomplished this tough feat in at least three separate games, and listed them in ascending order with the duo of record holders coming last. Results do not include games that took place before 1950.

We start with a whopping nine-way tie for seventh place.

The most remarkable thing about Ajayi’s place on this list is that all of his best games came within the same season. He owes his spot here mostly to the 2016 Buffalo Bills and their inadequate run defense; his performances against them accounted for nearly a third of his rushing yards during his lone Pro Bowl season.

Bell’s rookie season was one of his best. As a 22-year-old, he compiled 1,100 yards and seven touchdowns, with 206 of them coming in a single game and 85 of those on a single play that put the Bills up 7-0. After heading to St. Louis a few years later, Bell really got going and put up two consecutive seasons with at least 1,100 yards and 15 touchdowns.

The legendary Jamaal Charles didn’t just top the 200-yard mark in these three games. He outright blazed past it. In the game on September 23rd, 2012, he also added 55 receiving yards on six receptions in order to bring his offensive total to a whopping 288 yards. There’s no doubt that Charles could run, but some fans forget that he could catch, too.

Davis’ three most dominant rushing performances came in the midst of an otherworldly three-year stretch during which he compiled 53 total touchdowns and north of 5,000 rushing yards. He even landed a Super Bowl MVP honors during that stretch, and might have had a shot at becoming one of the game’s all-time greats, but suffered a freak ACL injury near the beginning of the 1999 season and was never the same after that.

Dickerson was truly a special player in his heyday. His career began with a bang, as he rushed for over 1,800 yards as a rookie in 1983 and actually managed to improve on that the following year despite having fewer total rushes. As part of his whopping 2,105 total rushing yards that year (an NFL record), Dickerson posted two games with rush totals north of 200.

Bengals fans might best remember Dillon for his 96-yard touchdown run against the Detroit Lions on October 28th, 2001 (the longest rush in franchise history), but before that happened he had several monster games with even more impressive totals. His best game came during his best season (2000), when he had touchdown runs of 65 and 41 yards.

Faulk was around for quite some time before he really got going, and seemingly all it took for him to really catch fire was a change of scenery. After transferring from the Colts to the Rams, Faulk earned three consecutive First Team All-Pro selections by averaging 5.3 yards per carry or better between 1999 and 2001.

It’s worth mentioning that 99 of Henry’s 238 yards against the Jaguars in 2018 came during a single, breathtaking, record-setting rush that tied him with Tony Dorsett for the longest of all time. But it’s not as though Henry had a bad game otherwise, either; he added another three touchdowns and 139 more yards on his 16 other carries.

Lewis was apparently so grateful to the Cleveland Browns for letting him post his two best single-game rushing totals that he decided to join them a few years later. Lewis’ performance in September of 2003 is particularly special because his 295 yards set a new record for the highest single-game total ever; a record that only lasted four years before it was broken by a player later on in this list.

Campbell’s 1980 season was the best of his career by a wide margin, but perhaps the most impressive part was the fact that he became the only player ever to post four 200-yard rushing games in a single season (though as you can see he didn’t clear the threshold by much). Those four games account for over 40% of his rushing total on the year, and it’s worth mentioning that his longest rush in 1980 was “only” 55 yards.

Those who watched the hall of famer play probably knew they’d see his name on this list. Sanders was truly one of the greatest running backs ever, having made the pro bowl in all ten seasons of his great career. He compiled over 15,000 rushing yards (including over 2000 in ‘97 alone), and fell just one touchdown shy of a hundred.

Many fans regard Jim Brown as the greatest running back ever to play the game, though that might start a fierce debate at the Thanksgiving table this year if you bring it up. Brown was First Team All-Pro in every year of his career except one, and owns four of the top 50 highest rushing games in the history of professional football.

Tomlinson is another hall of famer whose place on this list was probably predictable. His 11-year career included seven seasons with over 1,200 rushing yards, and a whopping 162 total touchdowns. It’s almost remarkable that he didn’t have more games with 200+ rushing yards, especially considering his best season came in 2006 when he averaged nearly two touchdowns per game.

Atiim Kiambu Barber was a running back of an entirely different ilk. Not only did he compile over 10,000 rushing yards over the course of his ten-year career, but he chipped in over 5,000 receiving yards as well, which is almost unheard of for a running back and actually places him fourth on the Giants’ all-time list.

Criminal charges and police chases aside, Simpson was one of the most formidable running backs ever. Not only was his ‘76 performance against the Lions the sixth-highest single-game rushing total of all time, but his ‘73 season saw him compile over 2,000 rushing yards, which only six other running backs ever managed to do.

Though Brown and Sanders dominate the GOAT discussion, it’s Peterson who stands tall atop this list. In addition to being with Simpson for most 200-yard rushing games of all time, Peterson is in sole possession of the record for the most rushing yards in a single game (296). He also owns the second-highest single-season rushing total in NFL in history, with 2,097 yards in 2012.