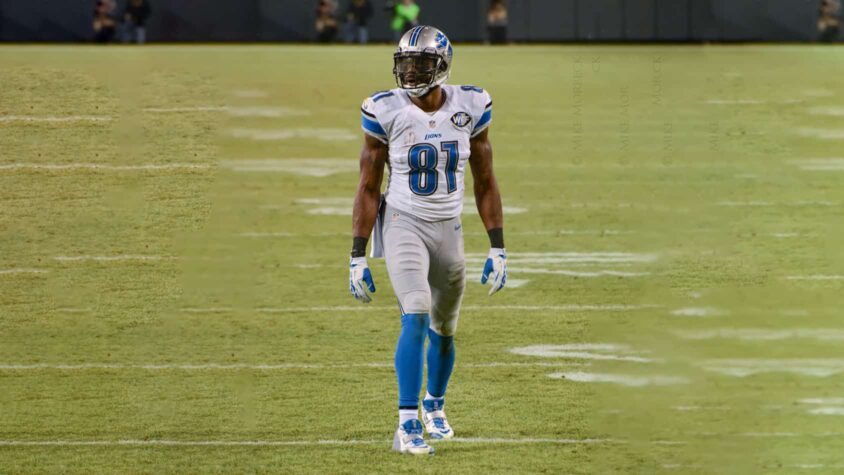 On Sunday, October 25th, Tyler Lockett caught 15 of his 20 targets for a total of exactly 200 yards, and found the end zone three times as part of the Seahawks’ first loss of the 2020 season. His performance put him in rare company; fewer than 150 receivers have managed to accomplish the feat in the past 50 years.

Lockett is just 28 years old, and plays with one of the game’s best quarterbacks, so it’s possible he’ll be able to repeat the feat at some point in the future. Even if he does, though, there are several wide receivers who’ve managed to do it at least three times in their careers.

Calvin Johnson and Lance Alworth are tied for the most games with 200 receiving yards; each put up five such games over the course of his career.

Let’s take a look at the leaderboard.

The Rams took Bruce with their second round pick in 1994, and he’d go on to become a franchise cornerstone in St. Louis for over a decade. Though the team shuffled through four different quarterbacks during his tenure, Bruce was a favorite target for all of them, and throughout his career he would ultimately post over 15,000 receiving yards. His biggest games, however, came early on in his career; he put up a 200-yard receiving game in the three seasons following his rookie campaign.

Chandler was a player of pedigree, having been taken by the Saints at number three overall in the 1978 NFL draft, and he certainly delivered on that pedigree throughout the course of his career. In fact, outside of a rookie season, the Florida native only ever had

three seasons in which he didn’t eclipse 800 total yards. In 1979, he remarkably accrued 205 receiving yards on just six receptions, thrown by none other than the legendary Archie Manning. His best performance came in the midst of a 1982 season that saw him amass nine touchdowns and over a thousand yards in just eight games.

One of the more recent legends on this list, Johnson is another wide receiver with the rare honor of being drafted in the top three overall. His impressive career includes three seasons with over 1,500 receiving yards, two of those coming in 2008 and 2012 when he posted 200-yard games on the above dates. On the whole, Johnson would retire with over 14,000 receiving yards to his name to go along with 7 Pro Bowl selections (including two First-Team All Pro honors).

One of the older players on this list, Maynard was a largely unheralded 9th-round pick of the New York Giants. Interestingly enough, he was cut by the Giants during training camp in 1959 and had no job offers in the NFL until he became the first player to sign with the New York Titans when the team was founded in 1960 (they’re now the New York Jets). The Giants probably regretted their decision to part ways with Maynard after seeing what he did for their crosstown rivals over the course of the next 13 years; Maynard posted some titanic receiving performances even beyond the ones listed above and even earned four pro-bowl selections.

Those who watched the legendary T.O. play probably aren’t surprised to see him on this list, as the five-time First Team All-Pro wide receiver was consistently unstoppable throughout the course of his 15-year career. His game against the 2000 Bears in which he caught 20 of 22 targets for 283 yards is the eleventh-highest single-game receiving

total in NFL history, but it’s perhaps even more remarkable that he posted a 222-yard performance against the Cleveland Browns… when he was 37 years old.

To this day, Charley Hennigan is the only player ever to post three 200-yard receiving games in a single season (the other coming later on this list), when he absolutely torched opponents of the 1961 Oilers with the help of First-Team All Pro quarterback George Blanda. The five-time Pro Bowler has one of the shortest careers of any player on this list, having retired after just seven seasons in the NFL. Hennigan’s 1,746 yards set a new single-season record, shattering the previous mark of 1,495, and his record would hold up for 34 years until Isaac Bruce and Jerry Rice both broke in during the 1995 season.

Rice is easily one of the best receivers of all time, and 49ers fans of that era will always remember the incredible days of him and Steve Young tearing up the gridiron together. The former 16th overall pick caught 14 passes for 289 yards against the Vikings in 1995, and that total is still the eighth-highest of all time for a single game. Better yet, it was part of an 1,848-yard campaign that set a new NFL record for a single season. That figure has only been eclipsed twice since then.

Like most players on this list, Alworth was a first-round draft pick. The Chargers took him 8th overall in 1962, and although he only played in four games during his rookie season, he went on to earn six consecutive Pro Bowl selections after that before entering a steep decline. Alworth was king of the big play; he tallied at least one 70-yard reception in eight consecutive seasons from 1963 to 1970, several of which came in the games listed above.

Megatron was one of the most-hyped wide receiver draft prospects of all time, and although his career as a whole seems to have ultimately fallen short of (admittedly lofty) expectations due to an early and abrupt retirement, he still put up some absolutely titanic performances as a member of the Lions. His two 200-yard performances in 2012 were part of a record-breaking campaign that saw him fall a mere 36 yards shy of posting the NFL’s first-ever 2,000-yard receiving season. The following year, he nabbed 14 of his 17 targets in a game against the Cowboys for a total of 329 yards; that’s the second-most all time in a single game behind only Flipper Anderson (336).

Because no active player has more than two games of this kind, it seems like it could be a long time before any wide receiver tops the record of five games of this ilk shared by Johnson and Alworth, though it will always be something fun for football fans to keep an eye on.