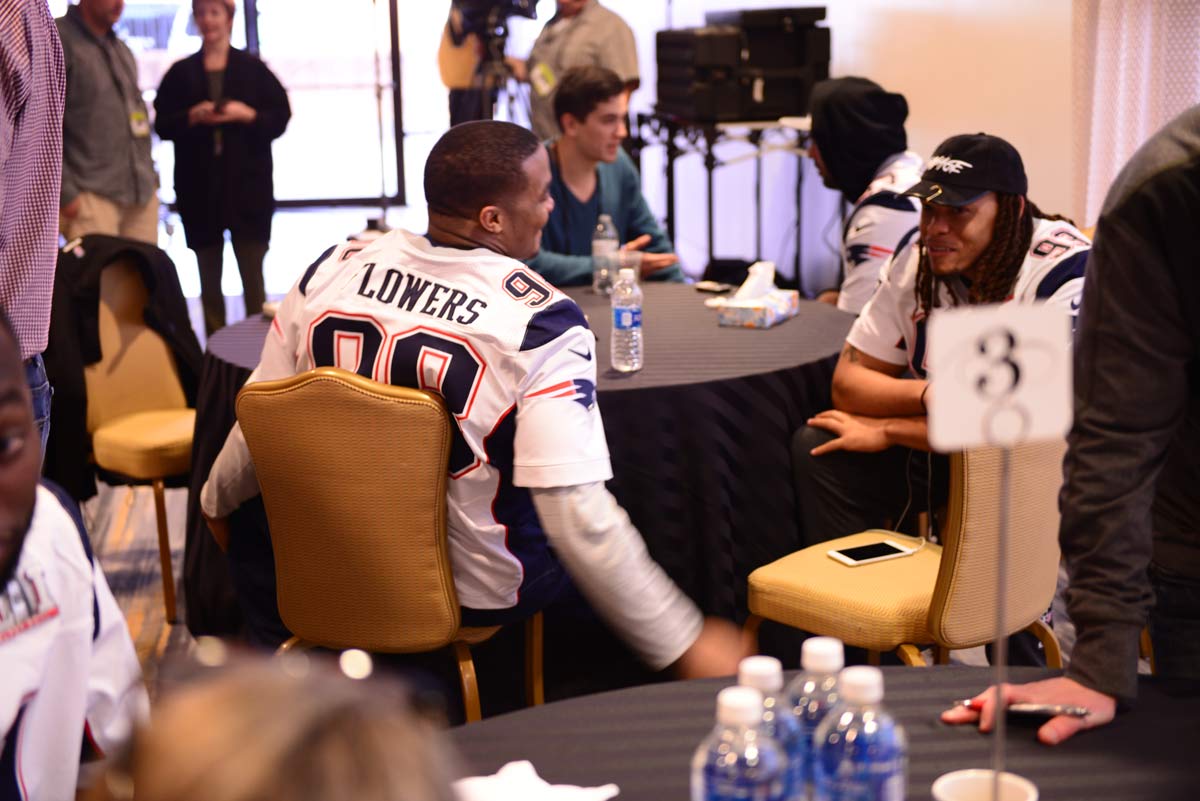 Following their loss to the Buffalo Bills on Sunday, November 1st, the New England Patriots hold a record of just 2-5, good for second-to-last place in the AFC East. Their playoff hopes look bleak, and some believe they’re headed towards some form of a rebuild in the next few years.

So how did it get to this point? Why are the New England Patriots bad in 2020? What caused the 2019 Super Bowl champions to fall so far from grace so quickly? I did some extensive digging and came up with several reasons which, combined, create a pretty clear picture of what happened in Foxborough.

There’s no singular reason that the Patriots are bad in 2020. Rather, pretty much everything that could have gone wrong for them in the past two years has done so. Tom Brady left, they’ve lost a ton of other talent beyond him, they made poor draft picks, and they’ve put themselves in a bad cap situation.

Here’s an in-depth breakdown of the factors listed above, in order from most significant to most low-key.

We’re far enough into the season to form an opinion on Tom Brady’s importance to the Patriots, and his departure seems to have caused more harm to the Pats than many predicted it would. At least to this point, it appears as though Brady was far more instrumental to the dynasty there than was Bellichick, as the longtime coach’s system doesn’t appear to be working without his old quarterback.

Meanwhile, Brady is dominating as a member of the Tampa Bay Buccaneers. His 2,189 passing yards and 20 touchdowns through just eight games have propelled his new team to a 6-2 record after they finished below .500 without him just one year ago. He hasn’t just been above average; he’s been outright filthy in some games, including a five-touchdown performance against the Chargers in Week 4. You can bet that New England is missing his arm right now, and that’s probably a significant understatement.

Speaking of which, the guy they replaced him with doesn’t seem to be cutting it. Cam Newton’s one-year, $1.75 million contract may have looked like a bargain before the 2020 season began, but the 2015 MVP hasn’t looked like anything resembling his former self. Not only has Newton barely eclipsed a thousand passing yards in the six games he’s played, but if the season ended today, his QBR would be below 50 for just the second time in his ten-year career. The worst part is, he’s only thrown two touchdowns the entire season, to go along with a whopping seven interceptions. And it certainly doesn’t help matters that his maligned fourth quarter fumble ultimately cost the Patriots last Sunday’s game against the Bills. Whether you believe that he’s just not entirely healthy, or that his performance issues are just a result of declining skills, Newton is struggle-busing it through the 2020 season, and it’s clear that they’d be better with Tom Brady behind center.

They’ve Lost a Ton of Other Talent

According to ESPN, 32 players played in at least 25% of the snaps for Bill Bellichick’s Patriots in Super Bowl LIII. Of those 32 players, only 12 played a snap for the Pats this past Sunday. There are a variety of reasons they’re no longer around (we’ll get to all of them at some point), but one of the most significant reasons is players walking in free agency.

Trent Brown, Adrian Clayborn, Elandon Roberts, Danny Shelton, Phillip Dorsett, Chris Hogan, Trey Flowers, and Kyle van Noy are all examples of significant players who have left the Patriots to sign with other teams since February of 2019. Many of them earned significant paydays, which probably put them out of the reach of New England bidding (more on that later, too).

None of the names listed above are probably as significant as Brady’s departure to Tampa Bay, but when you lose that many talented players to free agency in a short period of time, the complexion of your team is going to look a lot different. Losing Flowers in particular was a huge blow, and Brown signing with the Raiders weakened the Patriots’ offensive line quite a bit.

Outside of OT Isaiah Wynn, the Patriots have gotten next to nothing out of their first- and second-round draft picks across the past five years. Cyrus Jones, Duke Dawson, K’Neal Harry, Joejuan Williams, Kyle Dugger, and Josh Uche have all provided minimal on-field contributions, and even Sony Michel (who has been one of their more visible offensive players) hasn’t lived up to the lofty expectations some people had placed on him.

They Went All-In The Past Several Years

The reason the Patriots didn’t have any picks in the first two rounds of the 2017 draft as mentioned above is because they traded their first-round selection for Brandin Cooks, and they traded down in the second round only to end up with three players who have barely taken the field for the team: Tony Ealy, Derek Rivers, and Antonio Garcia. They also traded a second-round pick this year for Mohamed Sanu, which looks like an overpay. One of the worst trades the Patriots made in retrospect was dealing backup quarterback Jimmy Garropolo for next to nothing,

The trades are just part of the win-now mentality. They’ve been a little short-sighted with their payroll management in recent years, and they now have over $26 million in dead cap space to show for it (including $4.5 million for a single Sunday performance from Antonio Brown). Not only that, but they entered free agency this past season with hardly any open cap space, which is a big part of the reason they were unable to retain so many of their free agents or bring in much talent from the outside.

Ask any Patriots fan, and they’ll tell you they’d happily watch their team do it all over again. After all, since 2016 alone the team has won two Super Bowls and played in another. As the saying goes, flags fly forever, and most people believe that the Pats made the right moves even if they’re suffering the consequences of them now. Still, it’s a factor in their poor 2020 showing so far that shouldn’t go unmentioned.

They’ve Been Crushed By Injuries Lately

Don’t get me wrong, I realize that every club suffers from injuries at some point, and the Pats’ situation probably isn’t worse than teams such as the Browns, who’ve lost their best wide receiver and best running back for the season. Still, the Pats have a similar situation since they’re short WR Julian Edelman (knee) and RB Sony Michel (quadriceps), even if they’re not necessarily on par with the aforementioned players.

But while a few other teams might be suffering more, the Pats are going through a sort of “when it rains, it pours” scenario in November. Check out their injuries in the past five days, and you’ll see what I mean. If the team was a bit healthier on the whole, the rest of their outlook might not seem as bleak.

When you take a step back and see the big picture here, it’s clear that the Patriots don’t suck for just one reason. So while some football fans might take a quick look and blame their 2-5 record solely on the downgrade from Brady to Newton, just know that it’s a lot more nuanced than that.